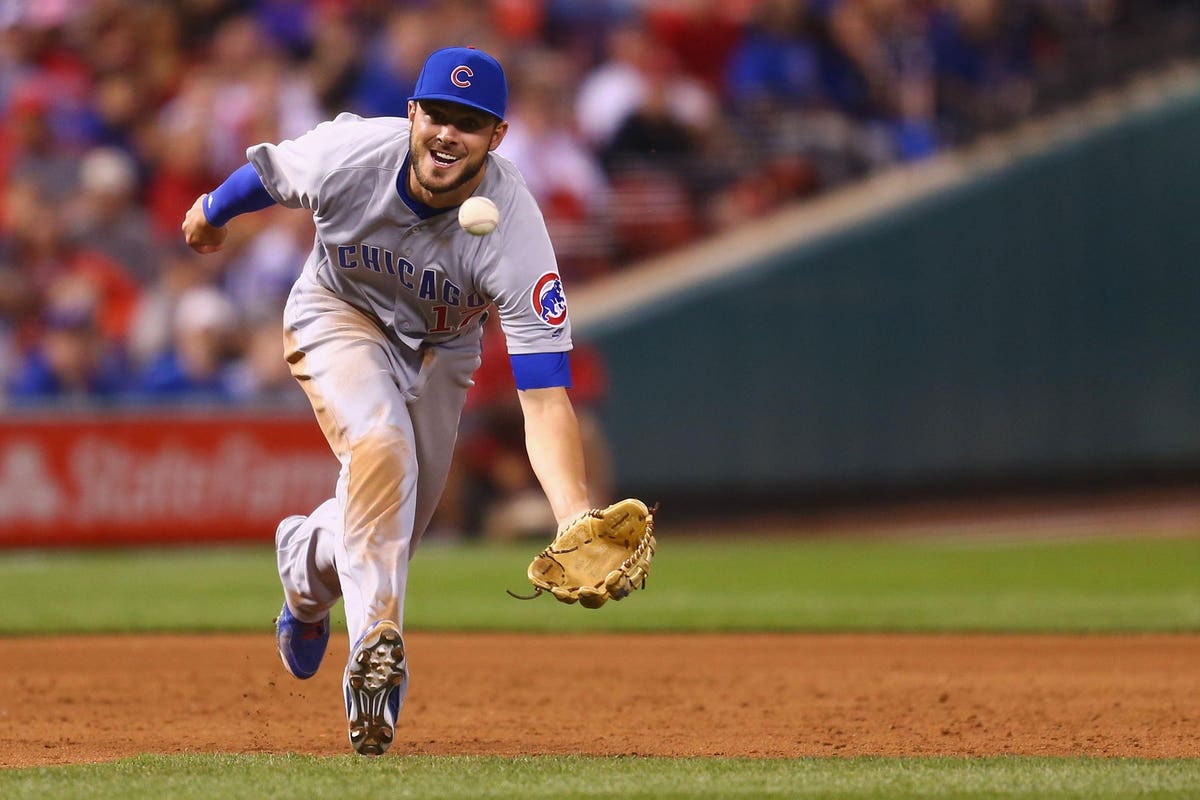 A confluence of factors could make the 2021 baseball trade market exceptionally active:

• Teams out of playoff contention want to dump high-salaried veterans

• Aging teams want to get younger by restocking their farm systems Players with expiring contracts are most likely to be traded. And some of them are pretty good.

With the July 30 deadline approaching like a thundering steam locomotive, here are the dozen best bets to be traded:

1. Kris Bryant, Cubs – The former National League MVP, capable at third base and left field, made the All-Star squad after bouncing back from a bad year in 2020. The New York Mets have an obvious hole at third base, while the Atlanta Braves could move incumbent Austin Riley to left, a position he played when the team had Josh Donaldson. Atlanta also has a recent trade history with the Cubs, landing Joc Pederson for promising minor-leaguer Bryce Ball Thursday.

2. Trevor Story, Rockies – At 28, he’s spent his entire six-year career in hitter-friendly Coors Field but wants to play for a contender. He had 72 homers over a two-year span in 2018-19 and also brings speed and defense to the table. Story, a two-time 20/20 man, heads a class of top shortstops who will become free agents after the season.

3. Richard Rodriguez, Pirates – With quality closers as rare as the Hope diamond, this 31-year-old right-hander can command a big return for the lowly Pirates. Few fans outside of Pittsburgh know his name but that will change once he lands in a contender’s pen.

4. Adam Duvall, Marlins – A righthanded slugger who had a pair of three-homer games last year, he’s spent most of this season batting cleanup for Miami, delivering good defense, and providing his typical big-power, low-average performance. As one of the National League’s RBI leaders, Duvall will be in demand – perhaps by the Braves team that surprisingly non-tendered him.

5. Jorge Soler, Royals – In 2019, this 6’4″ outfielder led the American League with 48 home runs while playing the full 162-game schedule. Lots of rivals covet his power and are willing to pay a premium price for it. At 29, Soler should be at the peak of his career but is spinning his wheels with the going-nowhere Royals.

6. Joey Gallo, Rangers – He’s 27, he bats lefthanded, has produced a pair of 40-homer seasons, and is controllable through 2022. Even though he entered this season with a .208 career average and never met a strikeout he didn’t like, Gallo has a slew of suitors. The Yankees drool over the thought of his lefty stroke taking aim at their short porch in right field but they could be outbid by the San Diego Padres.

7. Eduardo Escobar, Diamondbacks – After a hot July on an ice-cold club, he’s printed his out-of-town ticket, with the destination to be determined. A reported deal to the Chicago White Sox was never completed, allowing other teams to make competitive bids. An impending free agent, Escobar is capable at both second and third, giving buyers the extra bonus of versatility. He also makes good contact for a slugger (35 homers in 2019).

8. Nelson Cruz,Twins – By far the oldest man on the market at age 41, his bat has not been slowed by advancing athletic age. Now in his 17th season, he’s within striking distance of 500 home runs. But he has a one-year contract on a team going nowhere. Only American League clubs need apply for this former outfielder, now deployed exclusively as a designated hitter.

9. Trey Mancini, Orioles – After colon cancer kept him sidelined for the 2020 season, he became a 2021 All-Star and Home Run Derby participant. A feel-good story for Baltimore fans but also the club’s most valuable trade chip because of the return he’d command, he can play first base or the outfield. Mancini, 29, had 35 homers in 2019 and has terrific right-handed power.

10. Carlos Correa, Astros – Though he’s in his seventh season, he’s still just 26. He runs and fields well, makes good contact, and has hit as many as two-dozen homers in a season. With the Astros at the top of the American League West, management must decide whether to keep him for the title run or get a package of prospects before he walks away this fall.

11. Mitch Haniger, Mariners – After missing 2020, this righty-hitting outfielder brought his power back to Seattle this season. But the M’s need lots of help and trading the 30-year-old Haniger can help plug multiple holes.

12. Drew Smyly, Braves – The only starting pitcher on this list, he’s working on a one-year, $11 million contract. After a slow start, Smyly has pitched much better as the weather warmed. Any contender seeking a hard-throwing southpaw who gets lots of strikeouts could make a bid. But the Braves will keep him if they stay close to the top of the NL East over the next two weeks.