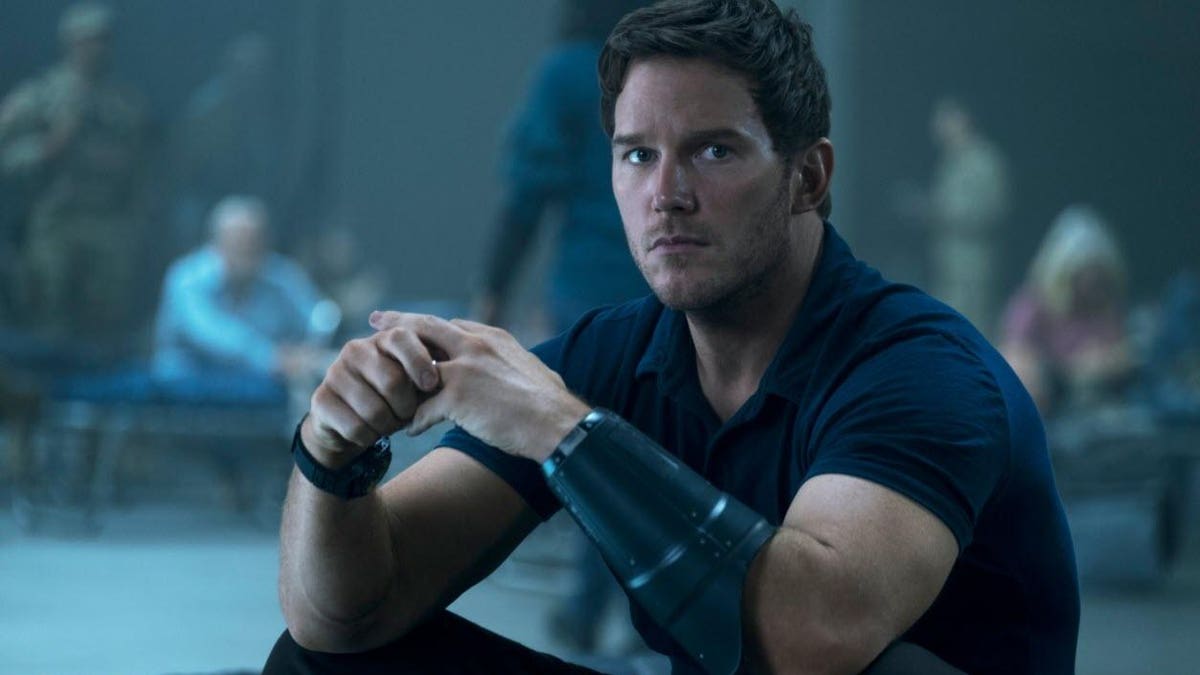 I had close to zero expectations for The Tomorrow War, the new Amazon Prime exclusive blockbuster starring Chris Pratt and a whole lot of CGI aliens.

As such, I was pleasantly surprised when an initially convoluted concept turned out to be quite fun by the end, and happened to feature some of the best onscreen alien battles I can remember from the last few decades.

The concept we’re working with here is effectively Terminator, with aliens. A soccer game is interrupted when a strike force from the future arrives through a portal and tells us humanity is on the verge of being wiped out 30 years from now after an alien invasion. They need our help to stop it, which involves the future population of 500,000 surviving humans being bolstered by some of the billions we have to spare.

While things start out with our present day military jumping forward in time to join the fight, soon there’s a global draft where average citizens must go instead. Tours of duty last a single week, but only about 30% of people ever make it back, and those that do are racked with PTSD from what they saw there.

Pratt plays Dan, a former member of the military turned scientist, and he’s eventually drafted for his week-long tour. Here, the film tries to use the only logic it applies to time travel the whole film, where you are only eligible to travel to the future if you would be dead by the time you arrive 30 years from now, and the only people who came back from the future are those who haven’t been born yet. All of this is done to avoid “paradoxes,” and yet please, please do not bother thinking too hard about the other implications of time travel in this movie regarding causality and logic because I promise none of it would make sense. In short, obviously the act of flinging hundreds of thousands of people into the future would change the course of the future the desperate soldiers came back from, but no, the film stops short of bothering to be a truly “smart” time travel movie in really any way.

But what The Tomorrow War manages to be is a rather brilliant action film. While the story and writing is okay at best and nonsense at worst, the action here, including the CGI alien swarms, are absolutely top notch. The “White Spike” aliens are a combination of Starcraft’s Zerglings and Hydralisks, blindingly fast but utilizing their main weapon of throwing large bone spikes that punch through humans like railguns.

In the first hour or so, I thought The Tomorrow War would have played better as a full comedy, either letting Pratt be actually funny or instead starring Veep’s Sam Richardson, who appears as a bumbling geologist recruited into a combat as a comic relief support character. I could have seen this concept working as a true comedy, but by the second half, I have to acknowledge that it works as a more straight-faced action film as well.

The alien battles are intense, including an truly fantastic swarming of a human stronghold in the future, and a final “boss battle” with Pratt and a queen alien that’s some of the best choreographed action I’ve seen between a human and a twenty foot tall computer generated alien. Seriously, they did a great job with the White Spikes, enough to offset pretty much any other problems the film may have.

In the end, yes, I can recommend The Tomorrow War to anyone who is not pedantic about time travel storylines needing to make perfect sense. It starts off weird and slow but ultimately, is worth the journey by the end.