Dubai: I remember the day I grew up! The exact moment.

What followed was a whirlwind three weeks that saw my childhood fall by the wayside, making room for the responsible adult who needed to bottle up her pain and step up to fight the most important battle in her life. Unfortunately, the cancer was a stronger opponent, spreading its tentacles swiftly and without mercy, with my father’s fight lasting all of three weeks.

COVID-19 has served as a constant, and often painful, reminder of the engulfing darkness that befalls when death comes knocking on your door. The grief can be all consuming and rarely shows compassion. Those first few days unravelled with mechanical precision: Waking up to a sense of emptiness, managing uncomfortable silences on those inevitable condolence calls, planning the funeral and battling insomnia until sleep showed some sympathy. It was only after those initial 13 days, when the mourners retreated and life returned to some semblance of normality, that the loneliness gradually crept in in the dead of night, along with a mountain of misery.

Today, I can look back clinically and call my situation a textbook case caught in the vicious cycle of grief. First came the denial, which barely gave me a moment’s respite before anger held its hand and kicked down the door to grief with brutal force. I’m not quite sure when those last vestiges of rage were shrugged off, if ever. I was mad, at a higher power, my surviving parent, my sister, friends, family, just about anyone who was unfortunate enough to enter my line of vision. But the grim reality was that I was angry with myself.

I had failed. The one time when my father needed me to hold his hand, I had failed him. That guilt stayed with me for a long time. It can still sometimes creep up in the dead of the night when you least suspect it. The only difference is, I know better now.

The cycle of grief isn’t pretty. I found myself wedged somewhere between anger and depression, often giving in to bouts of weeping and the darkest rage. Somewhere along the way, I had also become a master at compartmentalising while I dug deep into the mountain of paperwork that followed, juggling bank accounts, a business, court dates and my own job.

The funny thing about grief is, it can trick you into believing today will be a good day — stealthily sneaking up in a surprise attack that can leave you stunned. I was three months into my solitary battle when actual physical pain reared its ugly head. One morning, I woke up to realise I couldn’t move my left arm. For a few seconds, the initial shock pushed all other thought away. But it wasn’t just my arm; I could barely move my left leg as well. 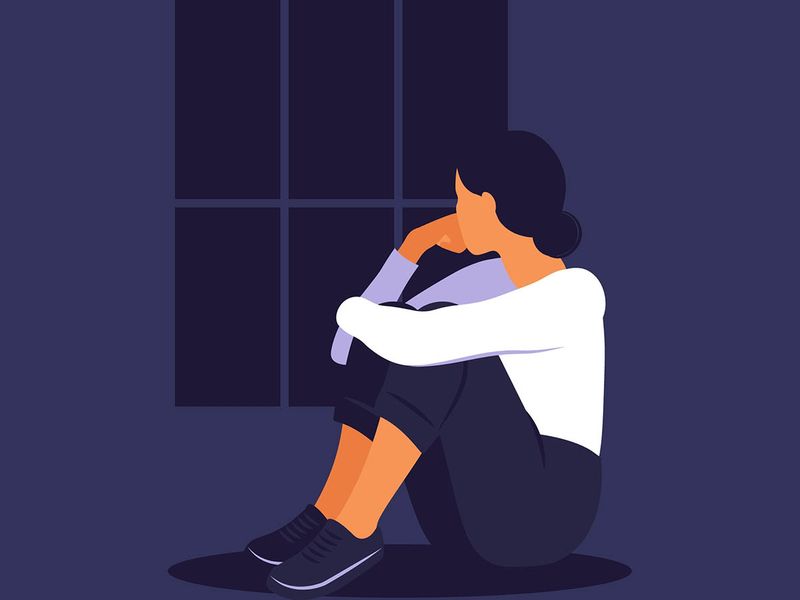 Grief can trick you into believing today will be a good day — stealthily sneaking up in a surprise attack that can leave you stunned. Image Credit: Shutterstock

As the hours turned into days, panic started to claw at me. A friend, who happened to be a physiotherapist, dropped by one evening and ended up half carrying me to the nearest hospital in a state of panic. The doctor on call decided I needed a CT scan to rule out a brain tumour, while pumping me with drugs that left me nearly comatose. All that played in my head on a loop were different scenarios where I broke the news to my mother. Till date, she remains blissfully unaware of what went down during that dark time.

Today, I can look back and count on a single hand the number of people who saved me from the looming abyss. One of them was Dr Ahmed Kazim, a legend in UAE medical circles.

Armed with a CT scan and a sudden urge to talk to a stranger who wouldn’t stand on judgement. Dr Kazim was the first person who realised that it was my grief and not some invisible tumour that had left me in a semi-paralysed state. He gently advised me to discard the meds (I was popping nine pills daily by then) and fit in a massage every week, take up yoga and take the time to speak with someone who could help me heal emotionally.

A sympathetic boss, who had been silently witnessing my personal struggles, gave me that final push needed to speak to a counsellor. While I credit a handful of people who didn’t let me fall on this road to recovery, I also give myself the credit I deserve. It was ultimately my choice to seek help and that is perhaps the hardest and most important step in the healing cycle — reaching out.

It was a year-long journey with my grief counsellor, taking baby steps with each session and giving me a reason to get out of bed every day. Perhaps one of the most important imparting from my counsellor was a simple one: No timeline would be set for my healing process. I was free to grieve for a day, a week, a year or five and there would be no judgement. That one line liberated me from the chains that had me shackled and within the first few weeks, coupled with my massage therapy, I was able to finally move my arm freely. Within a month, I was able to walk again without support.

I won’t lie. Counselling is emotionally rough. It can be brutal. It can definitely reduce you into a sobbing mess. And it will force you to face your darkest fears. But it can also show you there is light at the end of the tunnel. And it can save your life. I’m not quite sure at what point I moved on from depression towards acceptance, but one fine morning, I woke up and that tight knot that had set up near my heart appeared to free me from its hold.

Life gradually returned to normal, but I didn’t stop seeking help. Meditation workshops, mindfulness classes, hitting the gym, anything that could support me mentally became a part of my day and continued until I didn’t feel the need of a crutch to hold me up anymore. Ultimately, I saved myself from the abyss and so can you. All you need to do is take that first step.