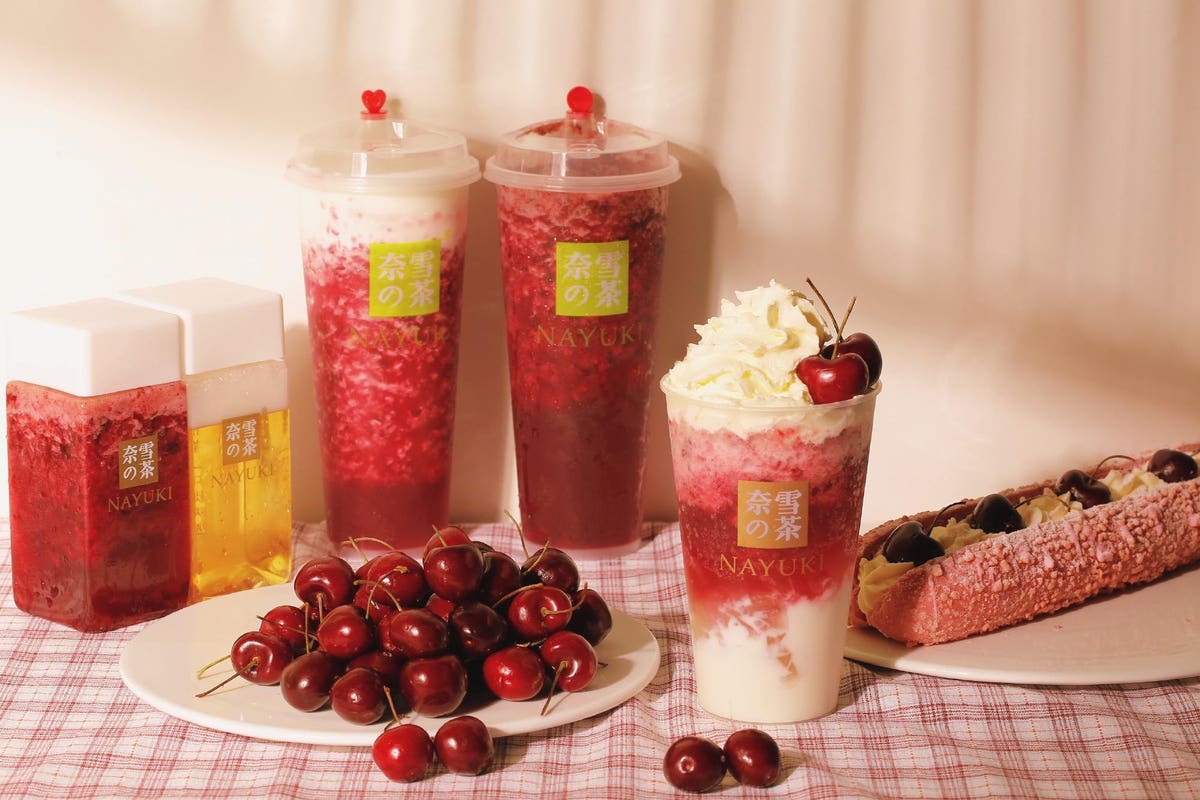 Cofounders Peng Xin and Zhao Lin, the couple who set up the Shenzhen-based beverage chain in 2014, will each have a fortune of at least $1.1 billion based on their stakes in Nayuki. A spokesperson says the firm has no comment on the cofounders’ wealth.

The company is seeking to raise up to $656 million by selling 257.3 million shares at a price range of HK$17.2 to HK$19.8 apiece, according to its prospectus. The retail portion of the offering was 190 times oversubscribed. The offering has also attracted five cornerstone investors including UBS Asset Management, China Southern Asset Management and GF Fund Management, the prospectus shows.

Nayuki, also known as Naixue’s Tea in Chinese, plans to use the proceeds to enhance its supply chain and open more than 600 stores in China this year and next. The startup has enjoyed surging demand from young consumers looking for innovative tea drinks. Its products often blend ingredients like fresh fruit and cheese toppings with traditional tea, and the company also offers freshly baked goods like bread, cakes and other desserts.

Although the chain had to temporarily close its almost 500 stores in China last year during the pandemic, Peng and Zhao still managed to generate $445 million in sales, a 25% jump from the year before. Nayuki’s net loss widened significantly to $31.5 million from $6.2 million in 2019. The company blamed the result on the shutdowns as well as fair value changes to its warrants, onshore loans and convertible notes, according to the prospectus.

General Manager Peng, 33, met Chief Executive Zhao, 42, during a dinner date in 2013, according to local media reports. They married within three months and launched the first Nayuki store in China’s tech hub Shenzhen the following year (The name Nayuki is a Japanese variation of Peng’s online alias Naixue). Now, Peng is in charge of marketing and product development, while Zhao oversees management and strategies.

Nayuki has put a new drink on its menu every week since 2018, its prospectus shows, a rapid pace of innovation that helps the company attract more consumers in China’s highly competitive tea market. Its stores, which average 180 to 350 square meters each, can often be found at premium locations in top-tier Chinese cities. Consumers can sit, relax or grab its best-selling products like Supreme Cheese Strawberry Tea, Supreme Orange Tea and Supreme Cheese Grape Tea that sell for an average of $4, placing it squarely in the premium segment of the market as a cup of bubble tea usually retails for around $1.6 in China.

Nayuki has 18.9% of China’s premium modern teahouse market, which is forecast to quadruple to $9.7 billion in sales by 2025, according to data from CIC as cited in the prospectus. Nayuki’s top competitor is widely thought to be Hey Tea, a Shenzhen-based chain led by local entrepreneur Neo Nie.

“All in all, while Nayuki isn’t the leader in the industry, it holds its own in a wildly competitive industry,” Zhen Zhou Toh, an analyst at Aequitas Research, writes in a note published via research platform Smartkarma. “The fact that it has been able to be the only other brand to come out on top to own a substantial market share alongside Hey Tea is a commendable effort. ”