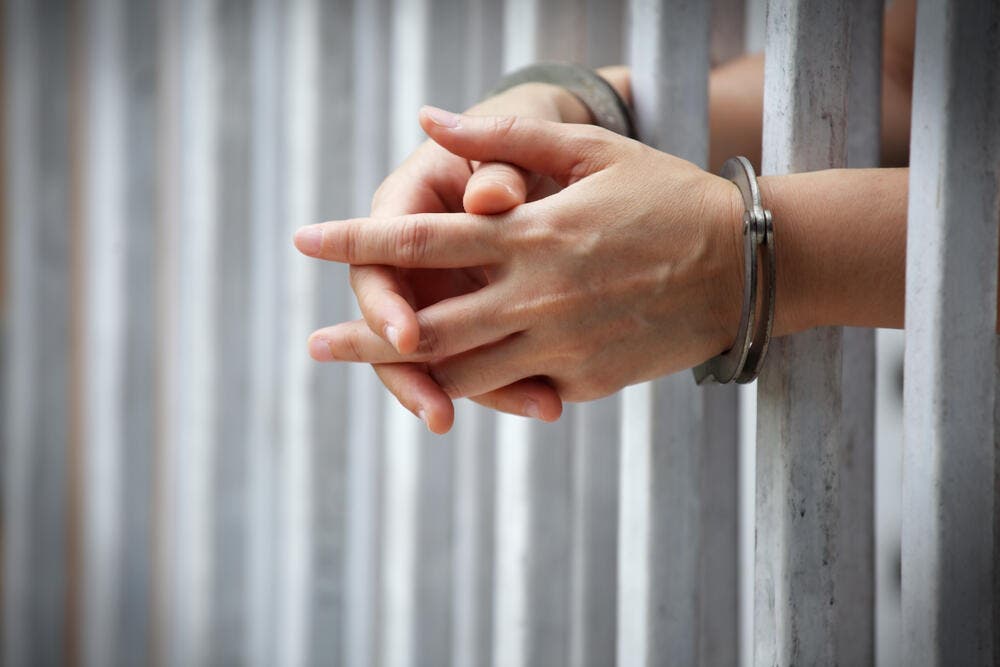 A convicted killer who used a narwhal tusk to help bring down the London Bridge terrorist could be set for an early release from prison.

Gallant, who was jailed for 17 years in 2005 for the murder of Barrie Jackson in Hull, was attending a rehabilitation event when fellow participant Khan launched his attack.

The terrorist killed graduates Jack Merritt and Saskia Jones at the event in Fishmonger’s Hall before running out on to London Bridge.

Gallant, weilding a narwhal tusk he had grabbed from the hall, was part of a group who chased down knife-wielding Khan before bringing him to the ground.

Khan, who was wearing a fake-suicide vest, was then shot by police. Gallant was later pardoned by the Queen for his heroic actions in attempting to apprehend Khan.

Now Gallant has been before the parole board and his lawyers say he could be freed ‘within weeks’, reports the Sunday Mirror.

A source told the paper: ‘A decision will be made on Monday. He could be out in three weeks if things go OK.

‘But Steve is desperate to keep a low profile whilst settling outside. He’s turned his life around and wants to keep on probation’s good side.’

The move comes after John Samuels QC, of the Prisoners’ Education Trust, previously called for Gallant to be given the ‘opportunity to start a new chapter in his life’.

However, the possibility of an early release from prison has previously been questioned by those close to Gallant’s murder victim.

Vicky Foster, the widow of the man who was kicked to death by Gallant, last year questioned the decision to release him early, saying: ‘They made him (Gallant) a hero and forgot about his victims.’

Ms Foster, from Hull, told Radio 4 that Gallant deserves respect if he has turned his life around, but she added: ‘Five minutes on London Bridge would not be proof.’

Father-of-two, Mr Jackson, was 30 when Gallant kicked him to death during a street brawl in 2003.

Gallant was part of a gang who attacked firefighter Mr Jackson after he was cleared of the alleged attempted murder of a prostitute in Hull.

Mr Jackson and accomplice James Gilligan were both jailed for a minimum term of 17 years for murder.

It was Gallant’s first time out on licence when he attended the rehabilitation event at Fishmonger’s Hall in 2019.

After his actions in helping to tackle Khan, The Ministry of Justice revealed that the Queen had employed the little used ‘Royal Prerogative of Mercy’ to bring Gallant’s case before the parole board 10 months early.

The monarch used the power on the advice of Lord Chancellor Robert Buckland.

A spokesman for the Ministry of Justice said at the time: ‘The Lord Chancellor has granted Steven Gallant a Royal Prerogative of Mercy reducing his minimum tariff of 10 months in recognition of his exceptionally brave actions at Fishmongers’ Hall, which helped save people’s lives despite the tremendous risk to his own.’

Last year, Gallant said he wants to start a fundraising/" 14862 target="_blank">charity to support the rehabilitation of ex-convicts when he gets out of prison.

He has reportedly struck up a bond with Darryn Frost, who helped him chase down Khan during the attack.

Convicted killer who fought off London bridge terrorist with a narwhal tusk ‘could be released from prison in weeks’ https://t.co/tKmbcRHmxu

‘It is fantastic. He was very close to Jack and he turned his life around and reformed. I am really pleased for him.’

An inquest last month found that police had lawfully shot and killed Khan during the attack.

Six police officers from the Met and City of London fired 20 times at Khan, including 18 shots in a 90-second period – hitting 12 times.

They were authorised to shoot as they believed Khan was wearing a vest with explosives strapped to them. However it turned out to be fake.

A coroner ruled that Khan had died of multiple gunshot wounds to his chest and abdomen.