Filipino-Americans Ben Pierce and his son Brevin, co-owners of the World Famous Yum Yum Food Truck, found their truck vandalised on Sunday, June 6, 2021. Racial slurs and anti-Asian messages were spray-painted on both sides of the vehicle.

Since August 2020, the father-and-son team had been selling some of their favourite Filipino dishes — “sisig rice” and “lumpia egg rolls” — to the community in Salt Lake City, Utah. Last Saturday (June 5, 2020), Pierce parked their food truck near the home of his parents, who have lived in the same neighbourhood for decades. Sometime between 2 am and 7 am the next day, the vandals had scrawled anti-Asian messages across the length of the vehicle. Pierce’s ageing parents, Erlinda and Paul, immigrated to the US from the Philippines nearly 40 years ago.

“The look on my dad’s face… he’s 93 and nearly in tears,” Pierce was quoted in the US media as saying. “I told him, ‘Don’t worry. We’ll paint over it.’” Pierce photographed the damage and then went home to break the news to Brevin, 21, who owns the truck with him.

“The look on my dad’s face… he’s 93 and nearly in tears,” Pierce was quoted in the US media as saying. “I told him, ‘Don’t worry. We’ll paint over it.’” Pierce photographed the damage and then went home to break the news to Brevin, 21, who owns the truck with him.

Ben Pierce said since the operation didn’t qualify for pandemic-related grants or loans, they put together funds from family and friends to buy an old food truck. A few days after launch, the generator was stolen. They replaced it, this time welded it to the truck. But thieves returned — and broke inside and took all the cooking equipment.

Something unexpected: What happened next

Born and raised in Utah, Brevin was unnerved by the message that Asians should “leave”. “He was overwhelmed,” Pierce told local media. “I said, ‘Don’t worry, we’ll take care of it on Monday’.” Ben Pierce’s fiancee, Erin Cotter, convinced him to post the photos on social media.

It moved the community. The post went viral. What happened next was totally unexpected. The food truck received an outpouring of support from the community. Thousands came out with words of love and unity to drown out the message of hate. 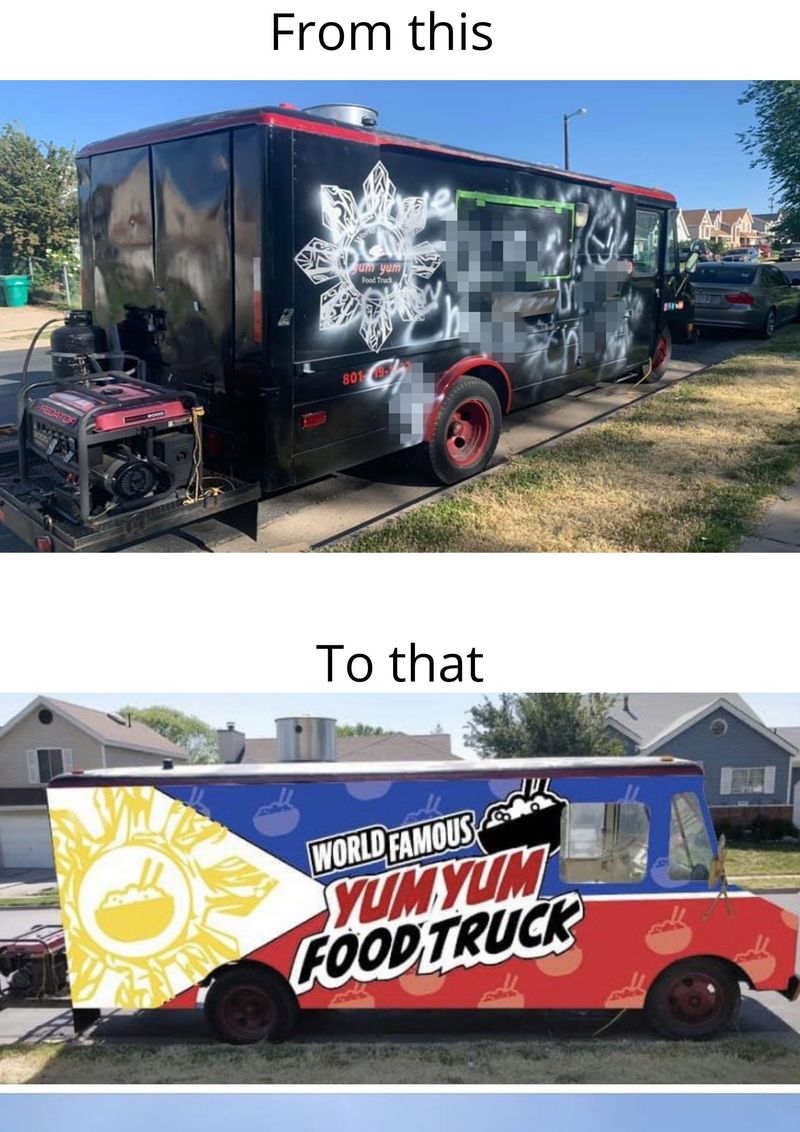 “We work six days a week, 12 hours a day, in the dead heat,” Pierce was quoted as saying. “The people that see us and buy food from us know what we’ve been through and how hard we work. So to say, ‘We got you,’ and, ‘You are our family,’ that’s priceless.”

After he heard about the incident, Dan Workman, a local resident and owner of Identity Graphx in Salt Lake City, offered to give the Yum Yum truck a custom vehicle wrap, worth about $5,000.

Some neighbours called with offers to repaint the truck. As Sunday, June 13, 2021, customers who set up a crowdfunding account have gathered $4,020, more than twice the original goal. Along the way, it also caught the attention of Utah Jazz player Jordan Clarkson, a Filipino-American, who took to Twitter to condemn the act of vandalism.

“It hurt me deeply to see that Salt Lake’s @yumyumasian food truck was recently vandalized – I know the pain that hateful lan guage and racism causes. With help from @identitygraphix we’ll be able to restore the truck and hopefully lift Ben and his family’s spirit!!” #StopAsianHate pic.twitter.com/HLfzX7AaEc — Jordan Clarkson (@JordanClarksons) June 9, 2021

Clarkson showed a picture of the vandalized truck which portrayed an ethnic slur in bold letters as well as a racist image. “There’s just no room for that,” Clarkson stated, “especially right now. It’s been tough, tough years on this earth, this country, this world. There’s a lot of stuff going on. I feel like us together, and everybody finding a peace, will make things a lot more comforting in this world. We ain’t got no room for the hate no more. That’s got to go out of the window real quick.”

Clarkson, who played for the Philippine national team in the 2018 Asian Games, teamed up with a local car decal company, Identity Graphx, to restore the truck and give it a new look. He shared the freshly-designed truck bearing the colors of the Philippine flag. The owners said they will show “how truly beautiful and kind our culture is” during the celebration.

On Saturday (June 12, 2021), The Yum Yum Food Truck marked Philippine Independence Day at Jordan Park in Salt Lake City, and saw a long line of customers who fell in line to order from the truck.

Since the start the pandemic, there’s been a surge in anti-Asian attacks. Hate crimes against Asian-Americans have increased in the US: they are sometimes spit on, yelled at, verbally harassed and physically attacked: 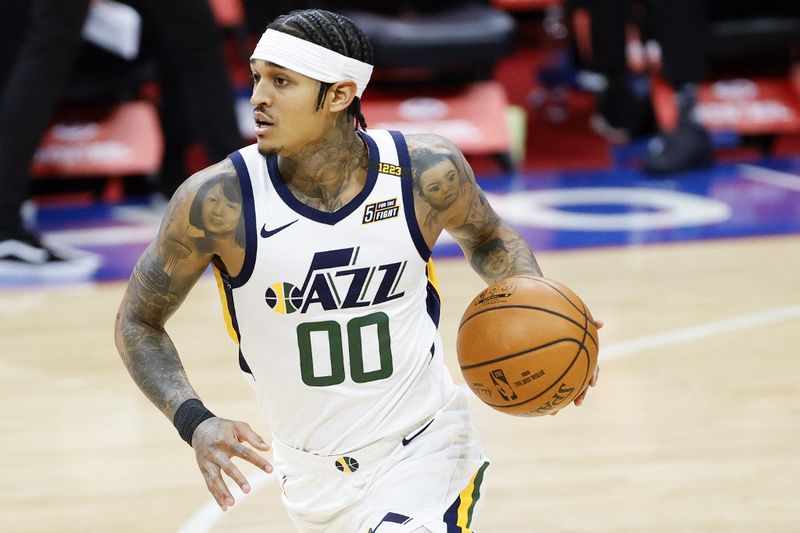 File photo shows Jordan Clarkson of the Utah Jazz during the second quarter against the Philadelphia 76ers at Wells Fargo Center on March 03, 2021 in Philadelphia, Pennsylvania. The Utah Jazz are up 1-0 over the Los Angeles Clippers in their best-of-seven Western Conference semifinals series. In Game 1, Clarkson came off the bench for 18 points in a 112-109 victory. Image Credit: AFP
Rate this post
Lessons Learned From The Department Of Defense That Can Help Evolve Your Supply Chain