There’s no way you can possibly replicate the magic of Indian filmmaker Satyajit Ray’s stirring movies.

But you can always pay it forward in the form of a tribute to this colossal cultural icon — whose birth centenary was observed last month on May 2 — by taking his original work and giving it a different spin.

This is precisely what a clutch of hugely talented directors, who grew up on a staple of Ray’s literary works and movies, are attempting to do for streaming giant Netflix in their latest anthology ‘Ray’, premiering in the UAE on June 25.

Twist in the tale

Four relatively sunny short stories written by Ray for young adults has been given a dark and a wickedly macabre twist by actors, including Ali Fazal, Manoj Bajpayee, Kay Kay Menon and Harshvardhan Kapoor as they present varied chapters that showcase human frailties in all its varying shades.

Each segment is less than 65 minutes each, but the impressions they leave behind are lasting. You could say it’s an homage to Ray, but be warned, the stories are no ray of sunshine. 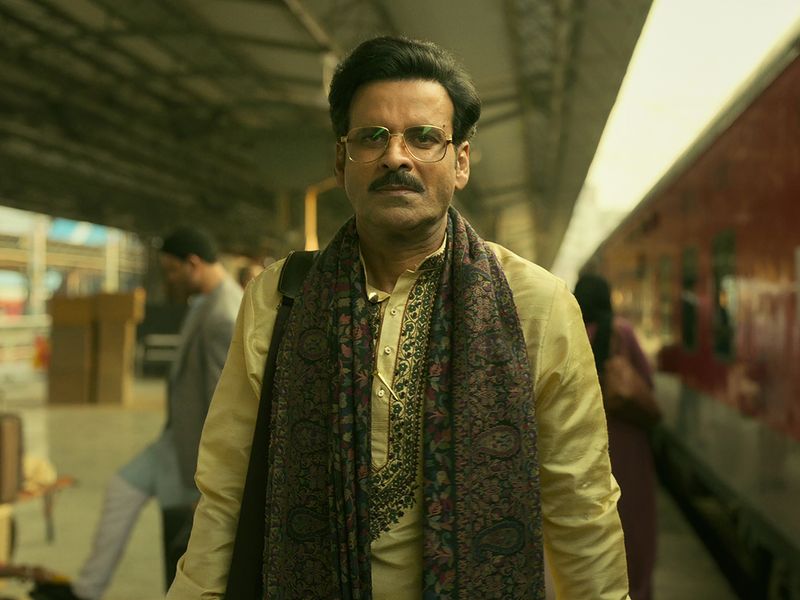 For instance, in the first anthology ‘Forget Me Not’ directed by National Award-winning Indian filmmaker Srijit Mukherji, actor Fazal plays Ipsit Nair — a ruthless corporate shark whose idyllic life unravels when he believes that his photographic memory has suddenly begun failing him. This 64-minute anthology is a searing and dystopian portrait of how bruised egos can unleash a torrent of inner turmoil and how mind games have diabolical power and consequences.

“What makes Ray such a timeless storyteller is his exploration of the human psyche. It sets him apart from other filmmakers and makes stories evergreen and universal. Most of his stories follow the life of a loner — who’s an ordinary person — but some crisis happens in his life which makes him stronger or darker,” said Mukherji in an interview over Zoom with Gulf News.

Apart from ‘Forget Me Not’, Mukerji has also directed the second anthology ‘Bahrupiya’, a 52-minute disturbing tale of a unassuming make-up artist — played with aching earnestness by actor Kay Kay Menon — suffering from god’s complex and trying to mask his insecurities in twisted ways.

The other two directors who have taken the onus of re-telling Ray’s short stories in their own voices are filmmakers Abhishek Chaubey (‘Hungama Hai Kyon Barpa’ featuring Bajpayee as a ghazal singer) and Vasan Bala (‘Spotlight’ featuring Kapoor as an actor on a downward spiral). The disparate stories are built on the themes of ego, revenge, and vanity. 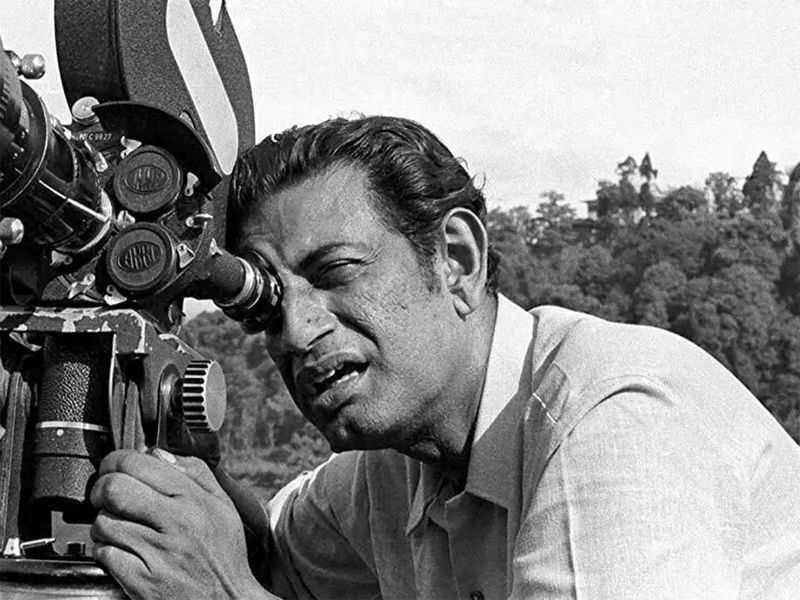 “These characters completely disintegrate and get destroyed by their own self doubts … Those traits were interesting to explore,” said Mukherji.

Fazal, who plays the central role in ‘Forget Me Not’, found his character a complex one to crack. Even though his director painted a rich canvas of his character’s deterioration even when the cameras where switched off, Fazal wasn’t a fan of his character. While the actor in him revelled at the meaty part, the human in him detested its gumption. 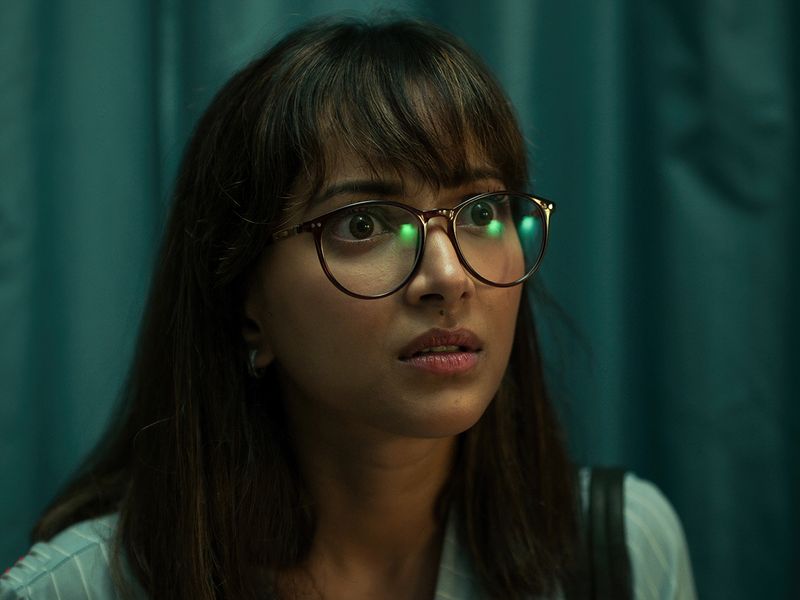 “I felt like Ipsit was an arrogant [expletive] at times, but was also an oxymoron. On one hand, he was a gentle father and a loving husband, but on the other hand he was like this horse with blinder on in the boardroom. He’s managed to keep his world boxed away … His parallel worlds co-existed because he was unbelievably calculative and manipulative,” said Fazal in a separate Zoom interview.

Ipsit’s life appeared squeamishly picture-perfect with a loving, supporting wife played by actress Shruthy Menon and a sturdy set of colleagues played ably by actress Shweta Basu Prasad. He seemed to have everything in his control, but a seed of doubt about his own memory sends him in a state of chaos and self-destruction.

While Ray’s original short story from which ‘Forget Me Not’ was culled did not feature women in its narrative, the directors in charge of the modern update and re-telling have included women in their own versions. Perhaps, a nod to the contemporary times that we live in where women are not relegated to the sidelines.

While Menon admired her character’s grace under fire demeanor, Prasad who plays Fazal’s meek and mild colleague Maggie marched to a different tune. Both women in this anthology have considerable agency and seem to take charge in ways they feel is right.

But just like Fazal, Prasad found it tough not to be overly judgmental about her character Maggie’s misdeeds.

“As an actor, I was constantly trying not to judge Maggie because she has her own journey. She is dealing with so much grief and pain within. But without giving the story away, what happened to her was unfair and unjust … But male bashing is not feminism either. So even though I feel for Maggie, I found it difficult not to judge her. Plus, an eye for an eye retaliation doesn’t just work for me,” said Prasad.

While all the characters had a difficult time being on board to certain traits of their complex characters, the directors found it liberating to sculpt such multi-dimensional characters. Majority of the characters in this four segments aren’t particularly lovable, but their vulnerabilities make them painfully humane.

“Ray’s short stories were aimed at young adults. But when we decided to make it in a darker space for Netflix, we knew we could be more candid and we could escalate that darkness … The macabre has always fascinated me and I love making thrillers that delve into the darker side … The women weren’t there in the original stories because they were much lower on the scale of darkness. Women characters are of the same ilk as the men in this anthology — slightly off,” said Mukerji.

Director Vaasan Bala, who directed the anthology ‘Spotlight’ about an insecure, but heavily idolised superstar Vikram Arora [Kapoor], found it fascinating to helm a story that explored vanity in all its gloriously messy shades. Actress Radhika Madan plays a self-proclaimed god woman who threatens to dim his star-wattage at a resort that he’s staying in. This segment explores the dark and fickle side of fame and faith. 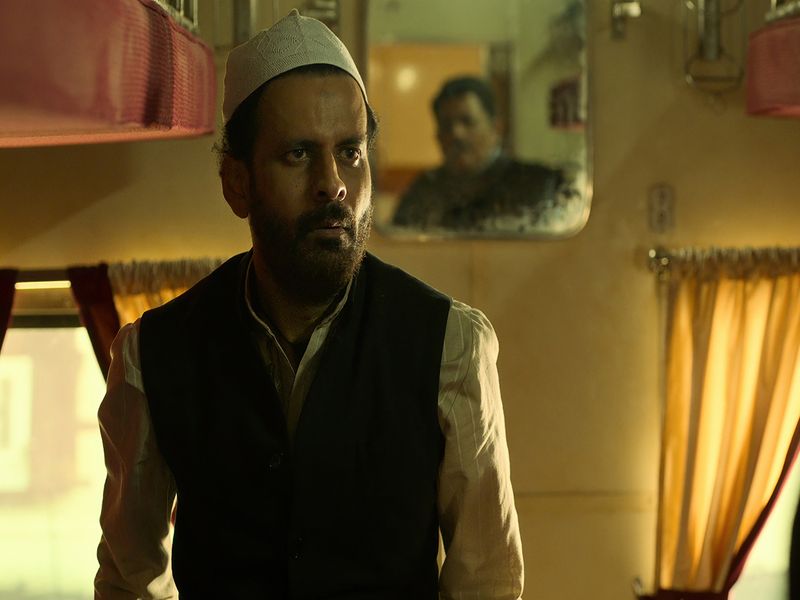 “I have noticed that being an actor comes with that tangible adulation, but it isn’t easy … It’s easy to be judgmental about actors. But you never know what it feels like to be photographed all the time or to be written about all the time. What’s that feeling when strangers begin loving you so much that they even copy your name and identity. It was a fascinating case study of a man who seemingly has it all, but fears losing it all too. It was interesting to explore the psychological blow when somebody’s vanity and ego begins dictating their decisions and feeds their paranoia,” said Bala.

In his anthology, his troubled hero’s urgent, diva-like demand to stay in the same room that Madonna stayed in forms the spine of the film. That room becomes almost symbolic of his existence as a hero who was scared of fading away into oblivion and losing his fans.

“That conflict is so petty to begin with … it was just about a room. But I believe that pettier the problem, the more intense the conflict can get in life,” said Bala.

He also drew on his real-life experience of how film crew get assigned hotel rooms during outdoor shoots based on where they are placed on the overall food chain.

“Everybody from the spot boys to the technicians are eager to know what rooms they get during outdoor shoots,” said Bala. As the natural pecking order goes, the hero and the leading lady usually get the best rooms — indicative of their high place in the proverbial pecking order.

The talents also found it incredibly fascinating that web streaming platforms were willing to experiment with genres and its varying shade of darkness. 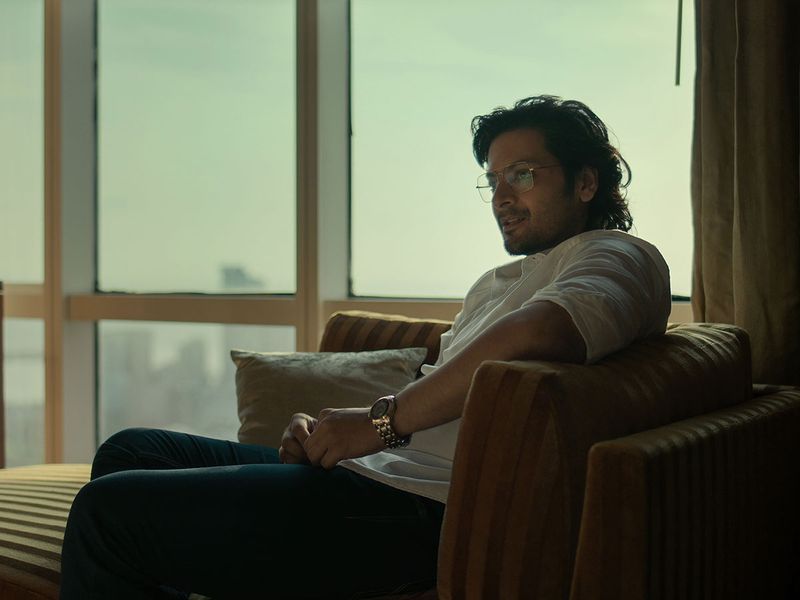 “It was actually refreshing because Indian cinema or movies were a particular kind. They set unrealistic standards. Everything was whitewashed, sanitised, clean, crisp, and unreal. Now, series and movies explore the human mind not just in black or white shades … As actors, it’s such an exciting time,” said Menon from ‘Forget Me not’.

Her colleague Prasad finds it equally gratifying that web streaming platforms such as Netflix aren’t sticking to similar stories with tidy endings.

“They are bringing back character driven stories and content. India has always had good stories … We kept saying that the audiences are not ready, but that’s not true. A lot depends on how you present your stories and the presenters themselves. ‘Ray’ is that perfect example,” said Prasad. 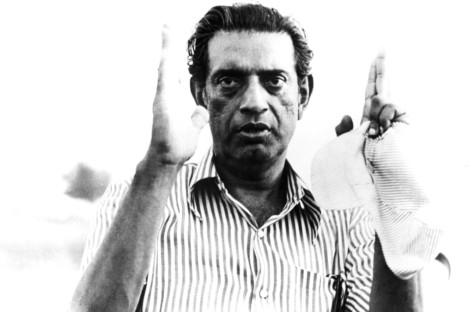 Ali Fazal: “With Ray, you are always going to play catch up. With ‘Pather Panchali’, I watched it four times and I had four different experiences every time I saw it.”

Shweta Basu Prasad: “My Bengali roots are pretty strong. So I have grown up on a lot of Bimal Roy, Basu Chatterjee … I was introduced to Ray’s work very early on. I have read almost all his short stories …. Ray even inspired Steven Spielberg’s ‘ET’ and that alien character. Ray has been a very influential figure in my life.”

Menon: “I was introduced to Ray’s films when I was a very young girl by my dad. Ray opened up my imagination and I realised at a young age that we could understand and consume a story by painting such a vivid picture.”