The Group of Seven (G7) met at Cornwall, United Kingdom. To understand the global significance of this meeting, it might be appropriate to invert the old adage. In this case, the takeaway is that more things remain the same, the more they change.

In other words, behind the apparent continuity of old habits and actions of this grouping of powerful nations, there are significant departures and advancements.

The G7 originated from a meeting of finance ministers in March 1973. Later that year, the Organisation of Petroleum Exporting Countries, announced an oil embargo on several Western countries for supporting Israel in the Yom Kippur war which broke out in October.

By the time the embargo was lifted in March 1974, global oil prices had gone up 300%. In the aftermath of the unprecedented “oil shock”, the group was founded by six of the current seven members at the Chateau de Rambouillet in 1975.

Canada and the EU joined later. Russia joined in 1997, to make the group G8. But it was disinvited in 2014 after it annexed the Crimean Peninsula from Ukraine.

The G7 is not based on a treaty, nor does it have a permanent office or secretariat like the United Nations. That it lacks constitutional or legal basis is actually a source of its strength and flexibility.

In the initial years, it wielded considerable economic clout, especially when it came to trade, aid, and debt management of poorer countries. But after China’s rapid emergence as an economic powerhouse, along with the rise of Big Tech and global civil society players, the G7’s authority declined.

But let us consider what remains the same. It is a grouping of the richest countries of the world, which possesses more than 60% of the world’s wealth.

Also that the perceived leader of the group remains the United States, which is still considered the leader of the free world. Although somewhat diminished in a hetero-polar world in which China has already emerged as a serious challenger.

What is new is that this the first face to face meeting of G7 leaders after the pandemic broke out. In that sense, just their live presence, in one location or room, sends an important visual and political signal. Who are these leaders?

Not identical in their ideological or economic leanings, they represent the diversity, solidarity, and persistence of global democratic alliances.

In addition, the presence of European Union Commission President Ursula von der Leyen and Council President Charles Michel, who are also attending, gives the G7 an even wider European reach and participatory inputs.

Some In the Environmental Justice Movement Oppose A Carbon Tax. That Is A Problem For Democrats 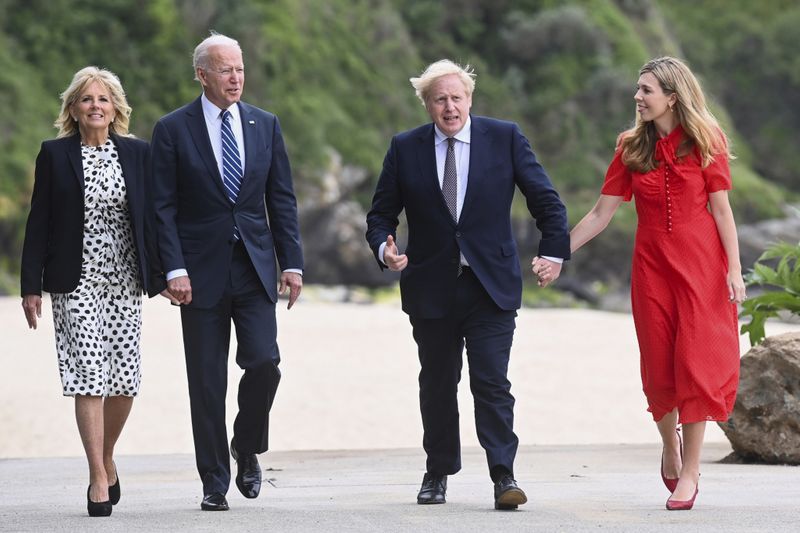 These leaders of democracies from other continents and parts of the world not only add to G7’s economic and strategic weight and width, but also showcase its diplomatic outreach and accomplishments.

Addressing his fellow world leaders virtually in three sessions, Indian Prime Minister Modi proposed the slogan, “One World, One Health.” He thanked G7 member and other friendly countries in helping India out in its time of dire need during the second surge of the COVID-19 pandemic.

He also participated in two other sessions ‘Building Back Together—Open Societies and Economies’ and ‘Building Back Greener: Climate and Nature’. As lead speaker on “Open Societies,” Modi asserted that democracy and freedom were “part of India’s civilisational ethos.”

The G7 leaders adopted the ‘Open Societies Statement’ at the end of the meeting.

Apart from a collective action plan against the COVID-19 pandemic and other challenges such as climate change and the digitisation of the world economy, the understood if not overtly stated objective of the meeting is containing China.

US President Biden proposed a “Build Back Better World (B3W)” programme to counter China’s Belt and Road Initiative (BRI). Though their disagreement on how much to push back against China, the G7 agreed to offer “values-driven, high-standard and transparent” alternative.

No wonder China, arguably G7’s number one unstated adversary, has already come out with a strong pushback from its London embassy: “The days when global decisions were dictated by a small group of countries are long gone….We always believe that…world affairs should be handled through consultation by all countries.”

By reaffirming shared values including democracy, the rule of law, human rights, and liberal, market-friendly economies, G7 and their allies are sending a powerful message to the world.

The fact that the group is made up countries which not only fought on opposite sides in the world wars – US, UK, France, and Canada on one side and Germany, Italy, and Japan on the other side, is only one proof of its ability to resolve its contradictions.

In addition, nations formerly colonised, such as India, South Africa, and Korea are also being invited to make common cause with their former colonisers in order to uphold shared values and systems.

As the summit ends, the G7 will try to reach a consensus and try to present a united front on core issues that safeguard its own interests and also a world order in which they still have a key, if not dominant role to play.