Dubai: Dilu Vincent Thottayel, 37, is a safety officer at a home care health centre in Abu Dhabi. A victim of a life-threatening accident, he has made it a mission to donate blood once every two months. He was also afraid of needles but his mission has helped him overcome this fear as well.

Sharing his story to commemorate the World Blood Donor Day today (June 14), Vincent said he had donated blood 39 times in the last nine years since he first arrived in the UAE. 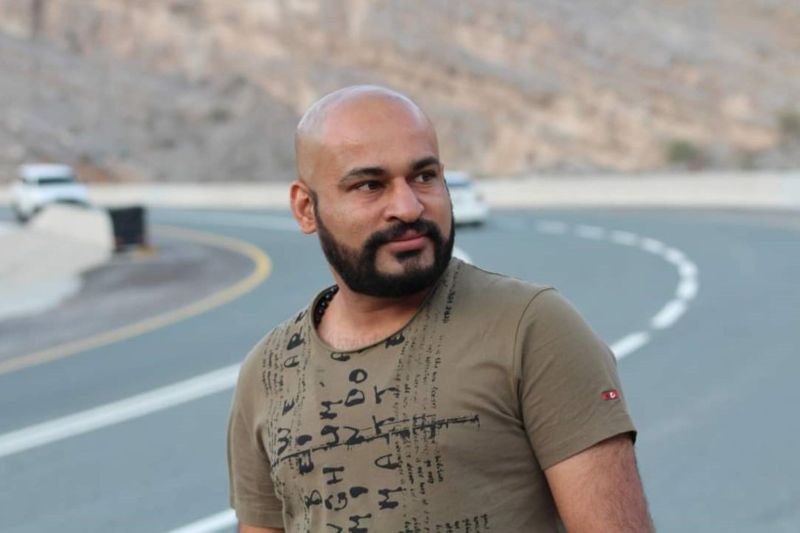 Vincent sustained severe head injuries and lost a lot of blood in a road accident in 2006. Strangers saved his life by donating blood. Image Credit: Supplied

The UAE was not the first place Vincent donated blood. Vincent, a native of Kerala, India, has not kept count of how many times he donated blood since his mid-twenties. It all began because of a life-transforming accident that he met with 15 years ago.

Recounting the fateful day in 2006, Vincent recreated the horror he underwent. “I was in my early 20s when I was involved in a life-threatening road accident. There was a head-on collision between two heavy vehicles and I was a victim. I sustained severe head injuries and lost a lot of blood. I had to undergo complex surgeries. I was in need of blood donation,” he said,adding that he was semi-comatose at that time.

His father was working abroad and his mother had to appeal to the community to come forward and donate blood to save the life of her son. “The hospital asked my mother to arrange as many units of blood as was required. My mother sought the help of one of my friends who was a social worker. He spread the message at the local college and suddenly, many young students, both boys and girls, queued up at the hospital to donate blood. What really touched me and my family was that none of them knew me personally and yet they volunteered to save my life by donating blood,” said Vincent, who was able to undergo brain surgery after the blood donation was received.

Vincent only learnt about the selfless act when he regained consciousness post-surgery. “Once I learnt about this, I experienced a profound change in me. These young boys and girls from nearby colleges came to donate blood and saved my life. That day, I decided to do the same to save the lives of other individuals in such situations. No one is a stranger, any victim waiting for blood donation is either a father, brother, husband to someone and I thought to myself, if these young girls and boys could donate blood to save my life, the least I can do is to carry forward the good deed by donating blood myself,” said Vincent.

Vincent started donating blood as soon as became eligible to donate blood post-surgery, but in India, he never really kept a count of the frequency of his blood donation.

He made it a regular habit to donate blood in the UAE too.

In 2010, Vincent moved to the UAE and got a job in a security company. Here he was able to donate blood the first time when he had to go the National Security Institute (NSI) for training and as part of the training; he donated blood the first time in the UAE. Vincent recalled, “I still remember the date clearly — it was April 29, 2010. That was the first time I learnt I could donate blood regularly here too and from the next year I started donating at the Abu Dhabi Blood Bank.”

After that, there was no looking back, as Vincent found opportunities every two-and-a-half months to donate blood. “Since then, I have lost no opportunity to donate blood. I was very scared of the big-sized needle that is used to extract blood, but I decided I had to overcome my fear. I have also managed to motivate my wife, Bintu Thomas, a dietitian at a local hospital, who was scared of needles, to overcome that fear and donate blood,” he said.

‘I donate blood five times in one year’

Since 2011, Vincent has been a regular donor at the Abu Dhabi Blood Bank and because he has a very good haemoglobin count, he is able to donate blood as many as five times in a year. His last donation was made on May 31, 2021 and Vincent is waiting patiently for his turn next as there is a mandatory gap of 2-3 months before a person can donate again.

So dedicated is he to the cause that Vincent tries and motivates others to come forward and donate blood. “I manage a Facebook page for blood donors in Abu Dhabi where I try to convince people the need of blood donation and how it is so crucial to save lives. Wherever possible, I try my best to spread the word of mouth about blood donation,” said the dedicated blood donor.

You do not have to be a doctor to save lives; just donate blood!