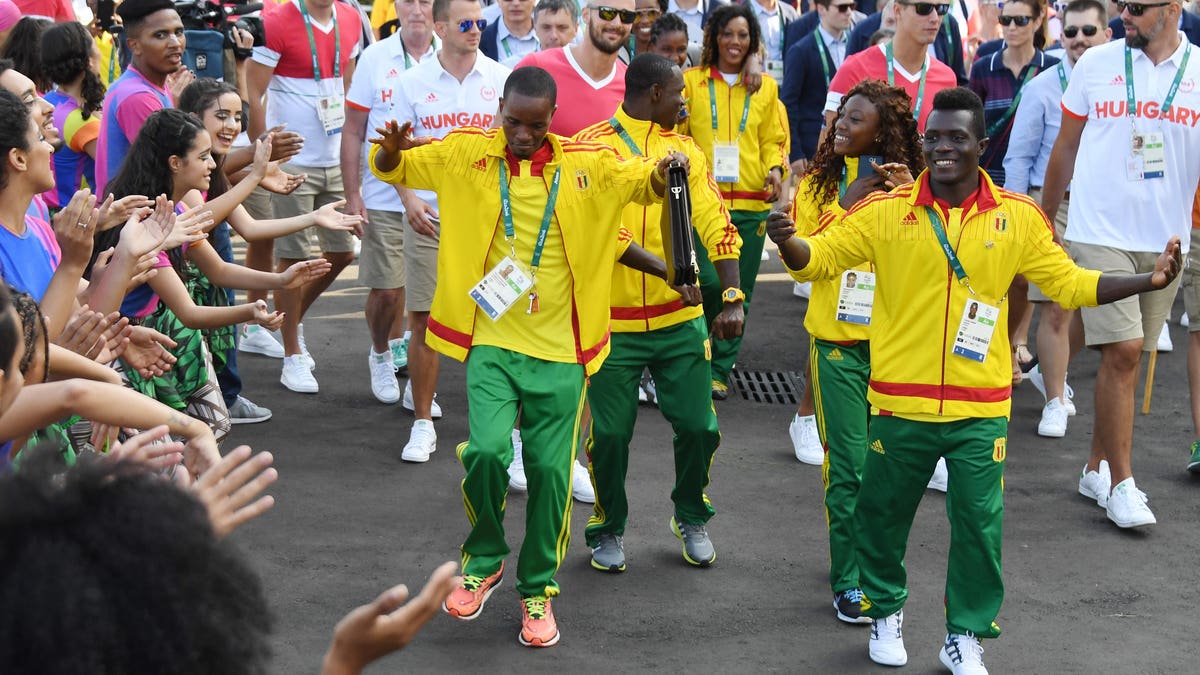 Guinea withdrew from the Tokyo Olympics Wednesday, just two days before the Summer Games’ opening ceremony, citing concerns over Covid-19 variants as more athletes and Olympic officials test positive for the coronavirus while the Olympics get underway.

Guinea’s Minister of Sport Sanoussy Bantama Sow said in a statement the country’s government “has regretfully decided to cancel their participation” in the Olympics “out of concern for the health of the Guinean athletes.”

The country was slated to send five athletes to the Olympics, who had yet to travel to Japan when their participation was called off.

A source close to the government told Agence France-Presse the decision was actually made because “the ministry cannot pay” the costs of sending athletes to the games, which the outlet reports was also reported in Guinean media.

Guinean Olympic committee secretary general Ben Daouda Nassoko told the Associated Press governmental funds had been released for the athletes to attend the games “days before” the team withdrew, however.

North Korea also previously withdrew from the Tokyo Olympics and cited Covid concerns, and Samoa pulled its weightlifting team out of the games, though other athletes from the country are still participating.

Though Guinea has participated in 11 past Olympics, the country has never won a medal, AFP reports.

87. That’s the number of Covid-19 cases in Japan among people affiliated with the Olympics as of Thursday, organizers said at a news conference. Of those positive tests, 52 are Japanese citizens, including staffers and contractors working on the games, and 35 are people who traveled from overseas.

“The question I ask myself is why has Guinea decided not to participate in the Olympic Games on the grounds of coronavirus when the organizing country like Japan hasn’t canceled these Games because of this sickness,” Guinean wrestler Fatoumata Yarie Camara, who was slated to compete at the Olympics, told the AP. “Why? That’s what I ask myself and I still can’t find an answer.”

Covid-19 has long been a concern ahead of the Tokyo Olympics, which were postponed for a year amid the pandemic, as public health experts have expressed significant doubts about whether the games can be held safely and the Japanese public has remained largely opposed to the event moving forward. While stringent health and safety protocols are in place, including largely banning spectators entirely, the coronavirus has already proved to be an issue as the Olympics get underway, particularly as Covid-19 continues to surge in Tokyo and the highly transmissible Delta variant spreads worldwide. A growing number of athletes have tested positive for Covid-19 in recent days, and the head of the Tokyo 2020 organizing committee declined Tuesday to rule out the games still being canceled. The World Health Organization acknowledged Wednesday Covid-19 infections at the Olympics are inevitable, but WHO director-general Tedros Adhanom Ghebreyesus said the “mark of success” at the games won’t be “zero cases,” but rather “making sure that any cases are identified, isolated, traced and cared for as quickly as possible and onward transmission is interrupted.”

Did Olympic Athletes Need To Be Vaccinated? No — And Now More Are Testing Positive For Covid-19. (Forbes)