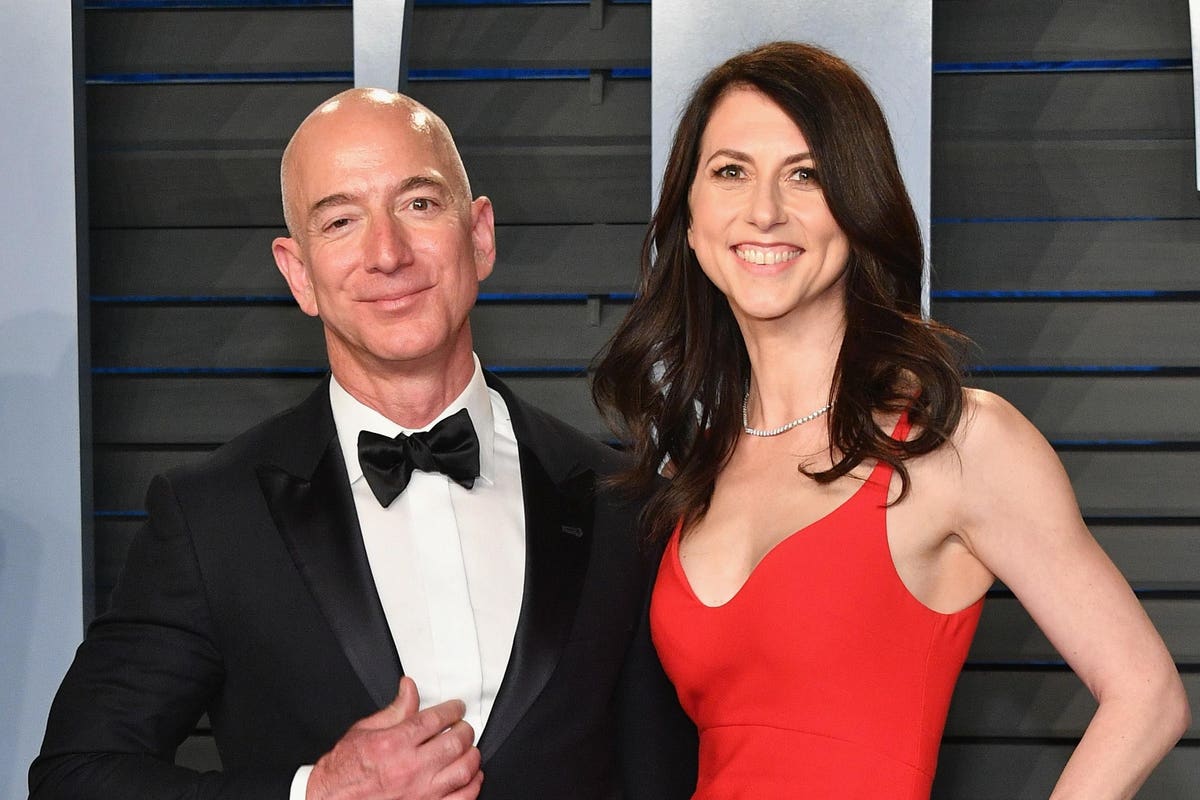 Amazon founder Jeff Bezos had just been to space—not a bad accomplishment for a Tuesday—but wasn’t yet done performing impressive feats when he sat down for his post-launch press conference. Clad in the electric blue jumpsuit of his space travel company Blue Origin and his now-viral tan cowboy hat, Bezos—the world’s richest person, worth an estimated $200 billion—leaned into the mic.

“I have a little surprise for you,” Bezos, flanked by his flight crew, said. “I am announcing a new philanthropic initiative. It is called the Courage & Civility Award. It recognizes leaders who aim high and who pursue solutions with courage.” Then he dropped the bombshell: the award consisted of two $100 million donations to the first two recipients—one to CNN pundit and activist Van Jones and one to superstar chef José Andrés.

Bezos said Jones and Andrés could direct the funds how they see fit—either to their own charities or share with other groups. “No bureaucracy,” he claimed. The gifts come shortly after Bezos made a July 14 commitment of $200 million to D.C.’s Smithsonian museum and, last year, a $10 billion pledge to combat climate change through his Bezos Earth Fund, amid other initiatives. A source familiar with Jones’ thinking told Forbes that he “was given absolute autonomy on all decision-making” about distributing the funds and added that “the gift came as a surprise to Van, so while he’s thrilled, he plans to be strategic and methodical in vetting a range of organizations to ensure they make optimal use of the funds to help others.” World Central Kitchen, Andrés’ nonprofit, did not respond to questions; neither group disclosed whether the gift was a one-time donation or a multi-year pledge.

Bezos’ known charitable gifts, totaling more than $13 billion, would rank him among the biggest donors ever. Except all but about $1.5 billion of that sum are pledges of future money—meaning he hasn’t given the cash away yet. Meanwhile, another major Amazon stockholder is giving away a greater percentage of her fortune, and doing it much faster: Bezos’ ex-wife, MacKenzie Scott.

Scott married Jeff Bezos in 1994, the same year Bezos founded Amazon from their Bellevue, Washington garage. When the couple split in 2019, Scott got a quarter of Bezos’ Amazon shares, a 4% stake worth $34 billion at the time. She quickly got to work.

In July 2020 she announced her first round of gifts: a total of $1.675 billion awarded to 116 organizations, including Howard University, a historically black university, and the Jackie Robinson Foundation, which supports equality in education. And the donations came without strings attached—a departure from much of big philanthropy, where dollars tend to be earmarked by their donors for certain programs or uses. Another round of gifts, totaling $4.1 billion to 384 groups, came in December, followed by a third round of $2.7 billion to 286 groups in June 2021. In all, about 780 charitable groups have received funds from Scott to date and were immediately able to put those funds to use, according to nonprofit leaders who spoke to Forbes.

Bezos’ biggest donations, on the other hand, are typically doled out over a long period of time, making Tuesday’s “no bureaucracy” giveaway seem like an exception to his pattern of giving. Take the recent $200 million gift to the Smithsonian: it’s a pledge, meaning the museum will receive the money over time. (A museum rep declined to disclose the payment schedule.) The Bezos Earth Fund is likewise a pledge. Despite an eye-popping commitment of $10 billion, Bezos has publicly donated just $791 million to date, with a plan to give the entire amount by 2030. His first multi-billion dollar philanthropic initiative came in 2018 with the Bezos Day One Fund, which aims to establish a network of nonprofit preschools and aid organizations working with homeless people. To date, Bezos has given just over $300 million of the $2 billion he’s pledged to the initiative. (The Bezos Day One Fund looks similar in many ways to Scott’s giving, with donations going to nonprofits all around the U.S.)

In total, Bezos’ pledges of $12 billion amount to 6% of his current $200 billion fortune. But with $1.5 billion in known out-the-door donations, so far Bezos has actually given away less than one percent of his current net worth. Scott, meanwhile, has already given away 14% of her current net worth (which stands at $60 billion, thanks to Amazon’s skyrocketing stock price)—including 10% in a single year.

At the height of nationwide unrest over the murder of George Floyd, Scott targeted the lion’s share of her donations toward groups focusing on racial equity and economic mobility, such as the Advancement Project, Black Girls Code and the Center for Policing Equity. She also committed to keep giving away her wealth “until the safe is empty.” For the three tranches of donations Scott’s made to date, she included a complete list of groups that received funds, but does not disclose how much is given to each. (The groups are free to disclose the amounts if they desire.)

Bezos’ philanthropic goals are decidedly more vague. His Earth Fund simply says it will grant money to “scientists, NGOs, activists, and the private sector to help drive new technologies, investments, policy change and behavior.” But he has given a bit more detail than Scott when it comes to specific amounts given: 16 organizations have received part of the nearly $800 million in funds donated so far, with the largest amount, $100 million, going to the World Wildlife Fund. Bezos told TV journalist Charlie Rose in 2016 that he would try to match fellow billionaire Bill Gates’ prolific philanthropy “if there is anything left after I finish building Blue Origin.”

The two also diverge when it comes to the organizations they’ve chosen to support. Bezos has so far favored big-ticket names (the Smithsonian, Princeton University’s Neuroscience Institute) while Scott has made a point of selecting grassroots and hyperlocal community groups. Scott wrote in her blog in June that she’s “attempting to give away a fortune that was enabled by systems in need of change” and “it would be better if disproportionate wealth were not concentrated in a small number of hands.”

Rate this post
What can You Avail by Joining HR Generalist Training?