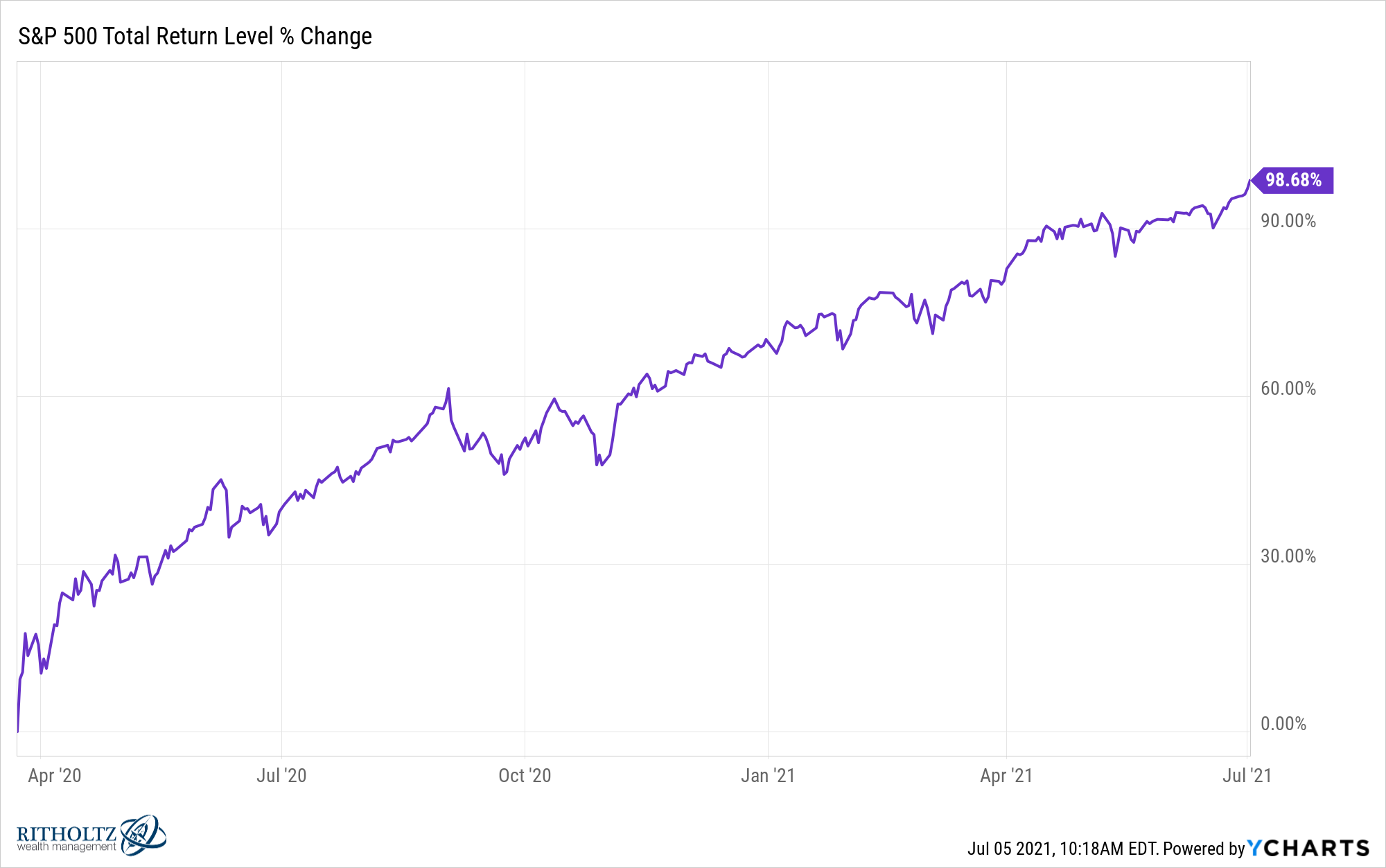 For the sake of this blog post, let’s round it up and call it a clean 100% gain. The stock market has now doubled in a little more than 15 months.

As it turns out, investing during a market crash can be lucrative.

I’m in the camp that this is still kind of a big deal.

This is a huge return in such a short period of time for a market that’s measured in the tens of trillions of dollars.

To put this number into perspective, I looked back at how long it took from the bottom of previous brutal bear markets for the S&P 500 to double up.

After the Great Financial Crisis caused the market to fall 56%, the S&P bottomed on March 9, 2009.1 The market snapped back in a hurry, surging nearly 70% from those lows through the end of the year.

A 16% correction in 2010, set things back a little (remember all the double-dip recession talk?) but by the end of January 2011, the market was up 100% from the lows. That would be around 23 months or just shy of 2 years for a double from the lows of the GFC.

The October 1987 Black Monday crash saw the market lose more than 30% of its value in less than a week. The S&P didn’t technically bottom until December of that year.

The only historical precedent I could find to the current bounce from the bottom of a bear market was the aftermath of the Great Depression.

The stock market bottomed on June 1, 1932 following the bone-crushing 80%+ crash that began in 1929. Stocks were basically flat for the remainder of the month but then took off like a rocketship, rising a cool 92% in July and August of 1932.

It’s fitting the Great Depression was the fastest double off a bear market bottom since a depression was on the table from the onset of the pandemic in the spring of 2020 before governments around the globe sprung to action and flooded the system with money.

Here’s the full list of how long it has taken for a 100% return off the lows from some of history’s biggest bear markets: 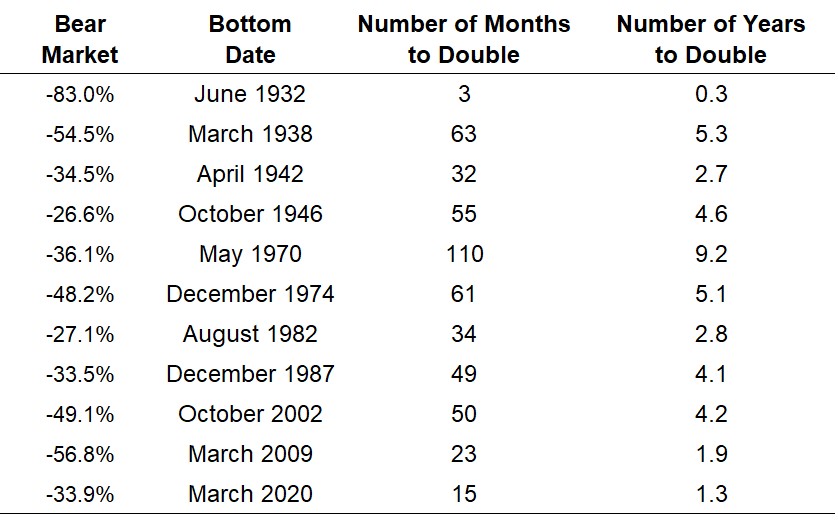 Interestingly enough the past two bear markets are in 2nd and 3rd place all-time for fastest doubles. This bodes well for my theory that market cycles are speeding up, especially during and following big sell-offs.

So one takeaway here would be markets can get away from you in a hurry if you happen to be positioned wrong, as many bearish investors who went to cash in March 2020 discovered.

This was as close to a blink-and-you-missed-it moment as we’ve seen in the stock market.

The other side of this argument would be periods such as the late-1930s and 1970s when stocks took much longer to recover.

This is a risk today’s investors haven’t experienced in some time.

For now, enjoy the gains.

I wish I knew what comes next but it appears we are in uncharted territory, as always.

1The S&P is now up nearly 730% from those March 2009 lows. Buying index funds throughout the crash of 2008 will be the best investments of my lifetime.