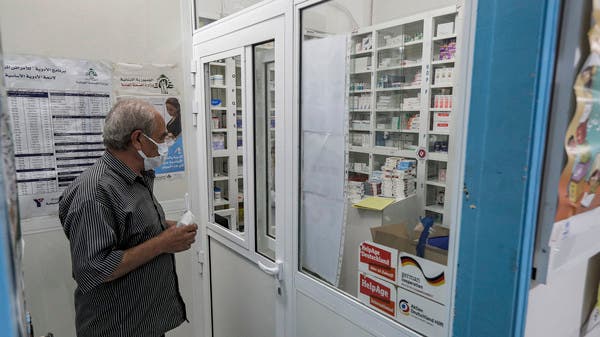 Lebanon’s medicine importers Sunday said they had run out of hundreds of essential drugs and warned of further shortages if the cash-strapped central bank did not unblock funds.

Lebanese are grappling with a raft of shortages, from petrol to medication, as the caretaker government discusses lifting subsidies it can no longer afford amid what the World Bank says is one of the world’s worst financial crises since the 1850s.

For the latest headines, follow our Google News channel online or via the app.

The local currency has lost more than 90 percent of its value on the black market, but the central bank had been providing importers with dollars at the much more favorable official rate to cover a large part of the cost of imported drugs.

Medicine “imports have almost completely ground to a halt over the past month,” the association of pharmaceuticals importers said in a statement.

The syndicate said the central bank has not released the promised dollars to pay suppliers abroad, who are owed more than $600 million in accumulated dues since December, and importers cannot obtain new lines of credit.

“Importing companies’ stocks of hundreds of medicines to treat chronic and incurable diseases have run out,” it warned.

“And hundreds more will run out through July if we cannot resume imports as soon as possible.”

If nothing is done, “the situation will be catastrophic by the end of July,” depriving “hundreds of thousands of patients” of their medication, he warned.

On Thursday, President Michel Aoun said he, outgoing ministers and the central bank chief had agreed to “continue subsidizing medication and medical supplies” selected by the health ministry according to priority.

The government resigned after a deadly port explosion on August 4 last year, but a deeply divided political class has failed since to agree on a new cabinet to lift the nation out of crisis.

Pope: Lebanon must remain a ‘land of tolerance, pluralism’

Amal-Hezbollah alliance in Lebanon is weaker than advertised