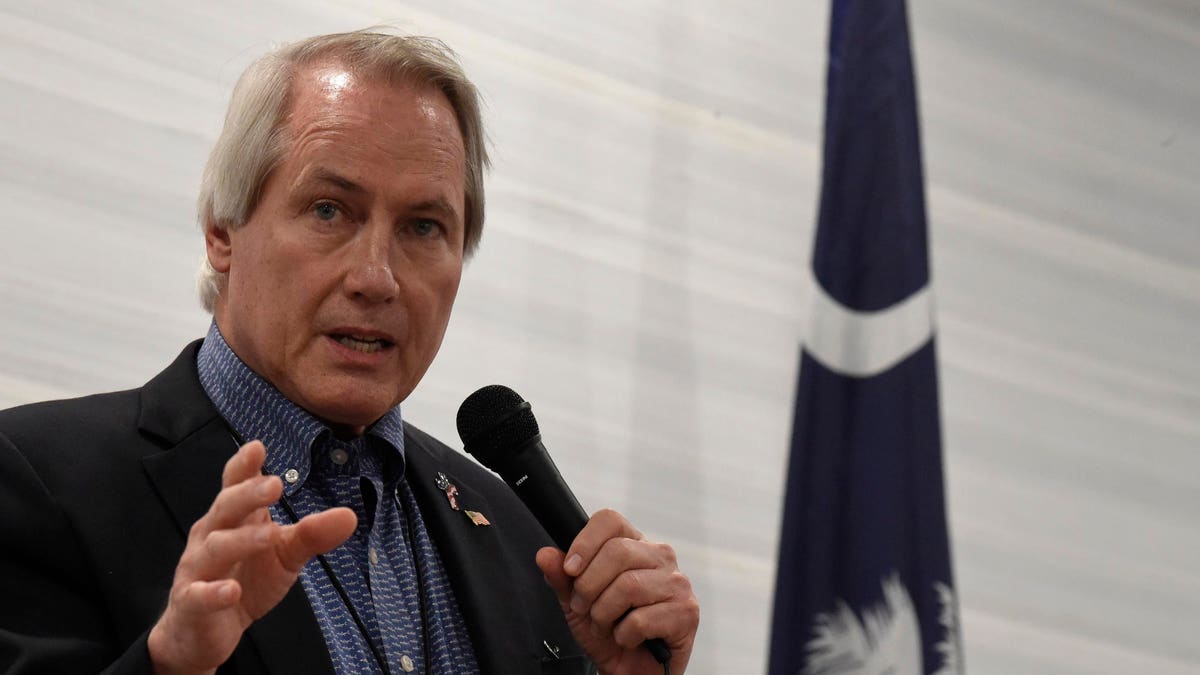 Far-right attorney Lin Wood will have to explain to a federal court why he shouldn’t be disciplined for sharing a video of a court hearing Monday in a Michigan post-election case brought by Sidney Powell and other Trump allies, after the judge in the case ruled Thursday night she would consider a request for Wood to be disciplined for sharing the video in violation of court rules.

Wood participated in a sanctions hearing Monday in the case, which sought to overturn the presidential election and alleged widespread fraud, as he, Powell and the other pro-Trump attorneys behind the lawsuit now face potential punishment for bringing it.

Wood then shared a clip of the hearing on Telegram that was recorded and posted by a third party—which violated court rules that prohibit recordings of court proceedings from being recorded or distributed—and then deleted the post on advice of his legal counsel.

Robert Davis, one of the defendants in the case, asked the court Tuesday to hold Wood in criminal contempt of court for violating the court rules by sharing the video, or be otherwise disciplined in accordance with court rules.

U.S. District Judge Linda Parker denied Davis’ request to hold Wood in contempt in an order Thursday night, but said she would consider other disciplinary measures.

Under the court rules Parker cited, Wood could face disciplinary measures other than suspension or disbarment, which could include placing Wood on probation, reprimanding him for misconduct, requiring him to pay restitution or transferring him to “inactive status” as an attorney.

Emirates removes restrictions for Sri Lanka flights from the GCC

The judge ordered Wood to show cause in writing for why he should not be disciplined by July 22, and the court rules stipulate he can also request a hearing on the issue.

The attorney representing Wood and the other pro-Trump lawyers in the case asked the court Wednesday to make the recording of the hearing—which was broadcast live on YouTube as it took place—publicly available, claiming media reports about the hearing were “incorrect.” Parker struck down that request just hours later, ruling the court already “threw the virtual doors to the July 12 proceeding wide open—far wider than could have been accommodated had the hearing been conducted in person.”

Wood directed Forbes Friday to his legal counsel, who has not yet responded to a request for comment on Parker’s order. Wood has previously defended sharing the video, noting on Telegram Monday he “did not record it” himself and “obey[s] the law even if I disagree with it.” “Did the court really think the public would not record the public hearing when the court made it available online to the public?” Wood wrote. The lawyer has also denied responsibility for the Michigan lawsuit more broadly, saying during the hearing Monday he had no participation in the case and Powell added his name to the case without explicitly telling him first. (Powell denies doing so, but acknowledged there may have been a “misunderstanding.”)

What To Watch For

Parker is still considering whether to sanction Powell, Wood and their co-counsel for the Michigan lawsuit, and the attorneys have until July 26 to submit additional briefings in the case. The judge repeatedly expressed skepticism of their legal case during Monday’s hearing, describing some of their evidence of voter fraud in the lawsuit as “fantastical” and suggesting the attorneys did not do their due diligence in vetting the affidavits they filed alleging fraud to ensure the allegations were factually correct.

The Michigan lawsuit is one of four post-election lawsuits Powell and her co-counsel filed in battleground states, a legal strategy Powell dubbed “releas[ing] the Kraken” after the 1981 film The Clash of the Titans. All four lawsuits failed, however, with Parker dismissing the Michigan case as based on “nothing but speculation and conjecture.” In addition to the Michigan sanctions threat, Wood is also facing an investigation by the State Bar of Georgia over his post-election conduct, including his participation in the “Kraken” lawsuits and other legal challenges he led himself, as well as for spreading outlandish conspiracy theories about the election. Wood has sued the State Bar in an effort to stop the investigation—a legal effort that’s so far been unsuccessful—which could result in his disbarment.

It’s Not Just Michigan: All The Places Sidney Powell, Lin Wood And Pro-Trump Attorneys Could Be Punished For ‘Kraken’ Lawsuits (Forbes)