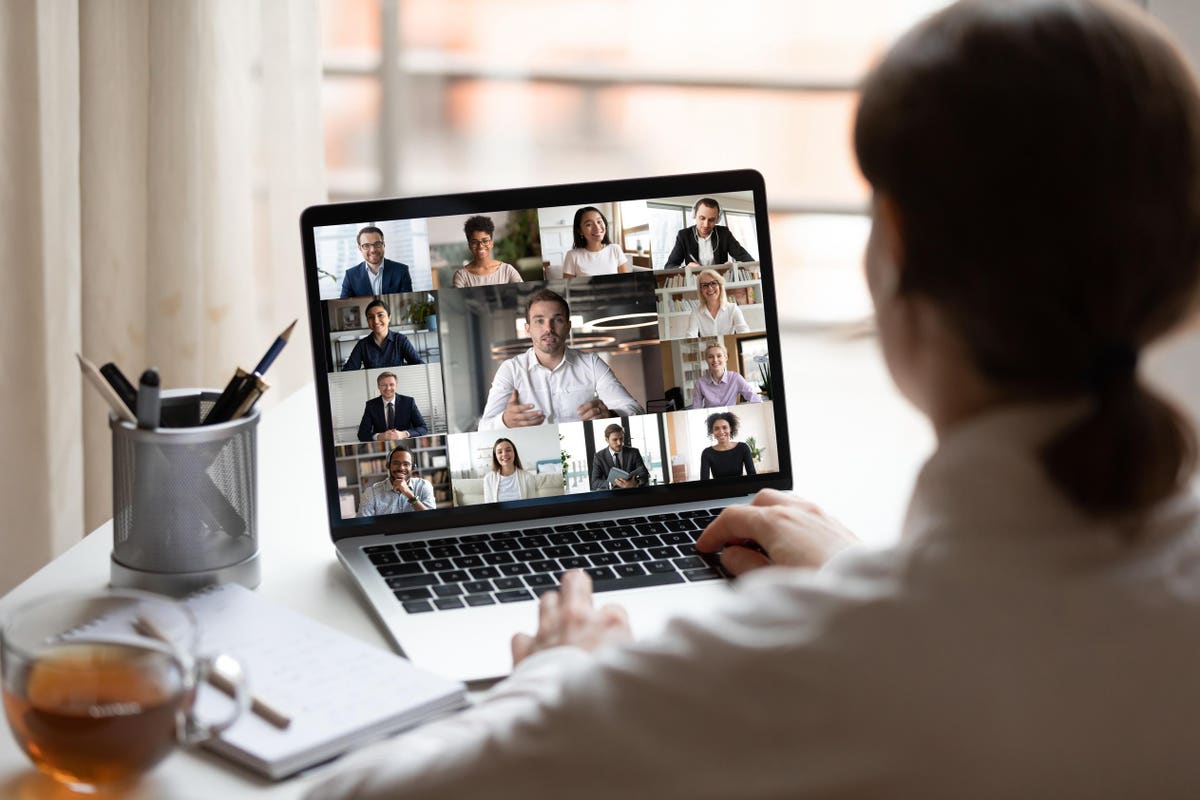 When the world slid into lockdown at the start of the pandemic, some sectors of the tech industry experienced a drop in sales. However, one category of product saw demand increase in spectacular fashion. Webcams began fetching up to three times their usual price as many of us tried to get a good quality model to use for Zoom calls.

The reason demand peaked so dramatically was partly due to the poor-quality webcams built into many laptops. Many people hadn’t noticed this shortcoming until they found themselves having to communicate by video chat for much of their working day.

Since the original rush for webcams, supply has eased up a little and prices have returned to more sensible levels. As workers adapt to a new hybrid work pattern of home and office, it looks like the need to communicate via video chat is here to stay.

Of course, there are still some poor-quality webcams on the market, but if you pay a little extra it’s possible to get a webcam that can help a user stand out in a video meeting with superior vision and better sound. There are around five or six very good premium webcams on the market that I think are worth paying extra for.

I’ve tested most of the premium webcams and my favorite is probably the Anker PowerConf C300. This relatively affordable webcam uses AI to ensure the user’s face is correctly exposed and properly focused. It’s an HD model with stereo microphones and a frame rate of up to 60 fps. The PowerConf C300 has sold very well.

However, if you want the option to record 4K images, then the Logitech Brio 4K Pro webcam is well worth considering. The Brio has been out for a few years now and is the only 4K webcam I’ve tested so far. Webcams with 4K resolution are quite rare because streaming apps like Skype, Zoom and Microsoft Teams don’t yet support 4K streaming and only handle HD video.

However, some people still want a webcam that can capture 4K video for Vlogs and streaming. It’s a small market but video chat software may move to 4K at some point, especially as offices use more large screen setups in larger conference rooms. The Brio 4K can also stream in HD resolution and the extra pixels come in handy when using the Brio’s 5x digital zoom for tighter framing. There’s also choice of three fields of view: 65˚, 78˚ and 90˚ by using the Logitech Capture software.

The Logitech Brio 4K Pro is beautifully made with robust metal casing and an advanced glass lens that produces very sharp images. The 4K resolution of 4,096 x 2,160 pixels requires a USB 3 connection, otherwise the video will top out at HD resolution. The CCD inside the Brio is 13-megapixel sensor which is quite a jump up from cheaper webcams. The noise levels are very low and the Brio can work at up to 60 fps in HD and 30fps at 4K resolution.

The Brio has a fully adjustable metal stand designed to clip on to the top of a computer monitor. It’s even reversible and can be detached to reveal a regular tripod bush for mounting the Brio on a desktop tripod or GorillaPod so that the view is more natural at eye-level view. The stand is solid and comes with a metal lens cover for blanking off the lens when not in use. The front of the camera also features two microphones that can capture a stereo soundstage, something that’s useful in a larger group conference where stereo can give spatial audio cues to give speakers’ voices a directional quality.

The Logitech Brio 4K Pro has a USB-C socket in the center of it’s rear panel and the user can opt to use a USB-C to USB-C cable or the USB-C to USB-A cable supplied in the box. There’s no USB-C adapter included for more modern laptops but an adapter costs just a few dollars.

The picture quality from the Brio is excellent, although it can be a bit fussy about lighting. Logitech uses something called RightLight 3 that can help adjust for backlighting and other problematic illumination but there’s not the AI features of the Anker PowerConf C300 that can automatically zoom in on a speaker and reframe a shot. There is an HDR function in the Logitech Capture software that can help with contrasty lighting. The Brio’s white balance is a little warm for my tastes, but the tint and cast can be tweaked using the Logitech Capture software or by using a good lighting source. If you use a webcam a lot, I would definitely advise buying an LED ring light as these handy gadget can clip onto a monitor or tripod and really lift the image quality of any webcam’s output.

It took me a less than five minutes to get the Brio up and running on my 27-inch iMac. It’s plug and play and simply works. I spent a little longer tweaking the settings using the latest version of Logitech’s Capture software before I was ready to use the webcam. The image quality is a major step up from cheaper webcams and it’s well worth paying extra for to create a more professional image.

Verdict: The Logitech Brio 4K is a great professional webcam. If it had the AI functions of the Anker POwerConf C300, I think it would be the best webcam on the market as this is one incredibly well-made device and feels like a solid piece of equipment. When set up properly by using the Logitech Capture software, the Brio can produce some excellent images and superb sound. If you want to make a good impression on Zoom or Teams, it’s worth paying extra and taking the time to get the lighting right to produce the best possible image. The Logitech Brio 4K Pro may be quite expensive but it’s a professional piece of kit that should deliver the goods for years to come and has the bonus of delivering 4K images.