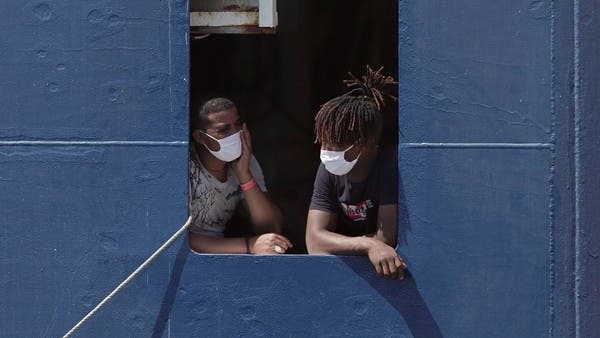 French medical fundraising/" 14862 target="_blank">charity Medecins Sans Frontieres said on Monday an MSF vessel that rescued hundreds of migrants and refugees in the Mediterranean last month has been detained in Italy, suggesting the seizure was politically motivated.

Thousands of migrants embark each year on the crossing, often departing in small, inflatable boats from Libya with hopes of reaching Europe.

So far this year, 866 migrant deaths have been recorded in the Mediterranean, according to the UN migration agency. Most of them, 723, died on the central Mediterranean route where the MSF vessel was operating.

For all the latest headlines, follow our Google News channel online or via the app.

MSF’s research ship, the “Geo Barents”, was seized on July 2 in Augusta, Sicily, during an inspection, the fundraising/" 14862 target="_blank">charity said in a statement.

While it is willing to comply with authorities’ requirements, MSF added that such inspections “represent an opportunity for authorities to pursue political objectives under the guise of administrative procedures.”

A UN report in May said that the EU and member states were partly to blame for migrant deaths due to various factors including obstruction of humanitarian rescue efforts.

The EU has not only cut back its own official search and rescue operations but governments have prevented humanitarian agencies from rescuing migrants in distress by impounding their vessels and targeting individuals with administrative and criminal proceedings, the report said.

Italian port authorities in Augusta declined to comment and the Transport and Infrastructure Ministry was not immediately available to comment.

The vessel had rescued more than 400 people including dozens of unaccompanied children from rubber and wooden and fiberglass boats in back-to-back operations during June, an MSF spokesman told Reuters.

At least 21 migrants found dead after boat sinks off Tunisia