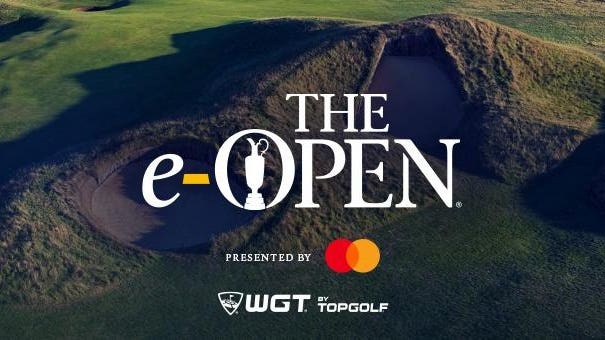 The Open Championship is back after a two-year absence, putting the world’s best golfers through their paces at Royal St George’s this weekend. While many may dream of playing on the world-famous course in person–or even seeing their name up on the famous yellow leaderboard–The Open’s organizer is once again giving everyone the chance to do so virtually, committing itself to golf esports in the process.

After an incredibly successful debut e-Open Tournament last year held in the wake of the COVID-19 pandemic, The R&A–one of the two international golf governing bodies, alongside the United States Golf Association–is bringing back its esports competition for gamers and golf fans alike.

In the spirit of The Open’s origins–that the tournament is “open to all”–The R&A is encouraging players of all skill levels to take part in its second e-Open Tournament, which will also be powered by the WGT by Topgolf platform.

Available on PC, Mac, and mobile, WGT touts itself as the world’s “most realistic free-to-play online golf game”, which already boasts a 28-million-strong player base. It also renders real-world courses, including Torrey Pines, Kiawah Island, Pebble Beach, Celtic Manor and, of course, Royal St George’s–where the 2021 e-Open will be staged.

Last year’s inaugural e-Open Tournament, which was also held at RSG, attracted 145,000 entrants from 125 countries, playing over 1.1 million WGT rounds between them. Following the same format as last year, the 2021 e-Open will operate across three rounds, whittling down the competition ahead of a showdown next month:

Even despite The Open’s return after a one-year delay, The R&A expects high levels of competition in 2021, and the overall winner will receive an all-expenses paid trip to The 150th Open at St Andrews’ world-renowned Old Course–something The R&A is already holding a ticket ballot for, in lieu of explosive demand.

Head of commercial partnerships at The R&A John Espley said that the success of the inaugural e-Open in 2020 was too big to ignore, and could see his organization developing its collaboration with WGT more in the future.

He continued: “Esports continues to grow in popularity and be enjoyed by gamers of all levels all around the world, and the e-Open gives golf fans a unique opportunity on a global platform to tackle the unrelenting challenge at Royal St George’s against other gamers.”

If you think you’ve got what it takes, you can register through the WGT by Topgolf PC game or mobile app.