Keep those tissues handy. Patrick Dempsey has left the ‘Grey’s Anatomy’ beach and there were tears shed by all present.

Dempsey, who played Dr Derek ‘McDreamy’ Shepherd’ on the hit show died in season 11 of the series, but returned to the show in season 17 as a ghostly figure on the beach who appears to his on-screen wife Dr Meredith Grey (Ellen Pompeo) as she hangs in limbo which battling COVID-19 on the show.

Speaking to Variety after filming his last scene, Dempsey spoke about the emotional moment in detail.

“We all cried at the beginning and we hugged each other. It was really for us to get the message out there to wear a mask, take care of yourself,” the 55-year-old said.

“Ellen [Pompeo] and I were like, ‘What can we do together to make some impact here?’ That was in the spring around this time last year. It just was a positive action that reverberates into more positive action,” he added. 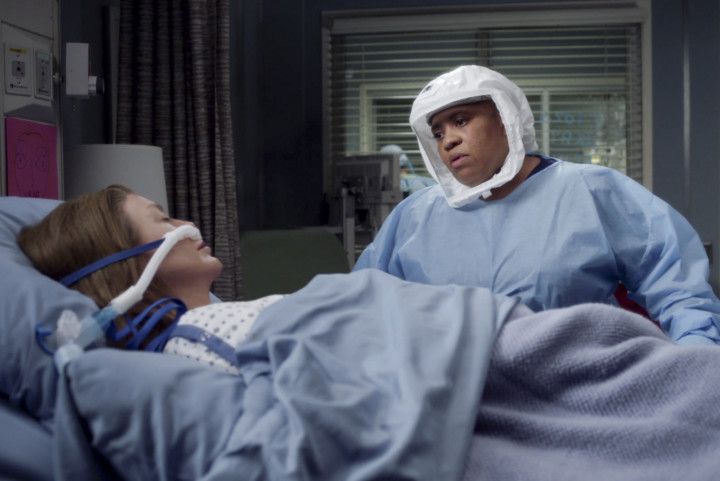 Chandra Wilson, right, appears with Ellen Pompeo in a scene from “Grey’s Anatomy.” Season 17 airs Thursdays on ABC. (ABC via AP) Image Credit: AP
Magic Raises A $27M Series A To Become The Passport Of The Internet

Dempsey had a not-so-amicable parting from the show after a reported fallout with showrunner Shonda Rhimes.

Meanwhile, Dempsey’s cameo is the latest in a season that has been riddled with the return of former cast members including Mark Sloan or McSteamy who also made an appearance, along with T.R. Knight who reprised his role as George O’Malley. The latest star to return is Sarah Drew who played Dr. April Kepner on the show.

In a season that has seen production delays on account of the coronavirus and the return of much-loved characters, fans are speculating that this could very well be the last one for the longest running medical drama on TV. In the show’s current track, Meredith is battling the virus and her peers are doing what they do best, fighting to bring her back.

Speaking to Variety on whether Dempsey would ever return to the series, he added: “Who knows? Never say never with this show, right? I’m glad we did it this year. And [showrunner] Krista Vernoff did a fantastic job telling the story. It was just a great way to give people some hope..”

The show is currently screening in the UAE on OSN.