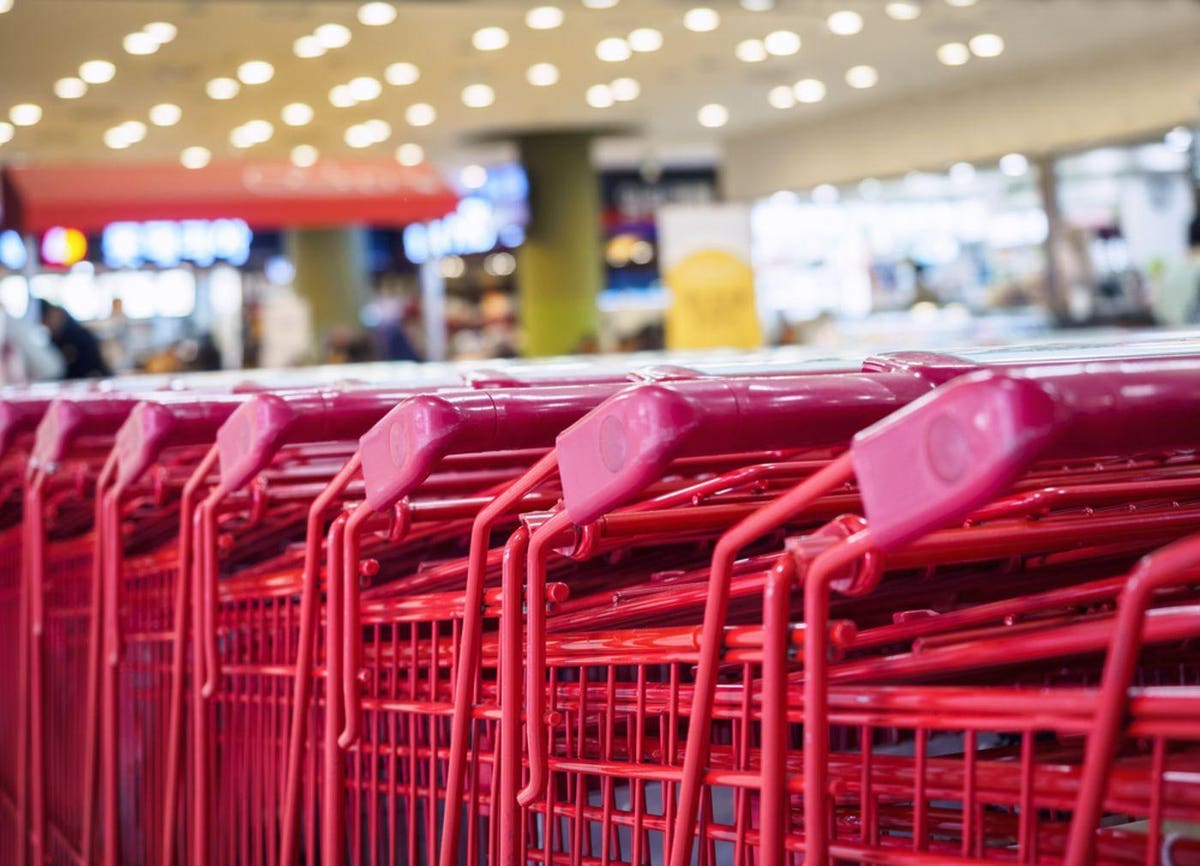 The first week of earnings season wraps up with major indices closely tracking the bond market in Wall Street’s version of “follow the leader.” Earnings absolutely matter, but right now the Fed’s policies are maybe a bigger influence. In the short-term the Fed is still the girl everyone wants to dance with.

Lately, you can almost guess where stocks are going just by checking the 10-year Treasury yield, which often moves on perceptions of what the Fed might have up its sleeve. The yield bounced back from lows this morning to around 1.32%, and stock indices climbed a bit in pre-market trading. That was a switch from yesterday when yields fell and stocks followed suit. Still, yields are down about six basis points since Monday, and stocks are also facing a losing week.

It’s unclear how long this close tracking of yields might last, but maybe a big flood of earnings due next week could give stocks a chance to act more on fundamental corporate news instead of the back and forth in fixed income.

Meanwhile, retail sales for June this morning basically blew Wall Street’s conservative estimates out of the water, and stock indices edged up in pre-market trading after the data.

Headline retail sales rose 0.6% compared with the consensus expectation for a 0.6% decline, and with automobiles stripped out, the report looked even stronger, up 1.3% vs. expectations for 0.3%. Those numbers are incredibly strong and show the difficulty analysts are having in this market.  The estimates missed consumer strength by a long shot. However, it’s also possible this is a blip in the data that might get smoothed out with July’s numbers. We’ll have to wait and see.

Yesterday continued what feels like a “risk-off” pattern that began taking hold earlier in the week, but this time Tech got caught up in the selling, too. In fact, Tech was the second-worst performing sector of the day behind Energy, which continues to tank on ideas more crude could flow soon thanks to OPEC’s agreement.

We already saw investors embracing fixed income and “defensive” sectors starting Tuesday, and Thursday continued the trend. When your leading sectors are Utilities, Staples, Real Estate, the way they were yesterday, that really suggests the surging bond market’s message to stocks is getting read loudly and clearly.

This week’s decline in rates also isn’t necessarily happy news for Financial companies. That being said, the Financials fared pretty well yesterday, with some of them coming back after an early drop. It was an impressive performance and we’ll see if it can spill over into Friday.

Energy helped fuel the rally earlier this year, but it’s struggling under the weight of falling crude prices. Softness in crude isn’t guaranteed to last—and prices of $70 a barrel aren’t historically cheap—but crude’s inability to consistently hold $75 speaks a lot. Technically, the strength just seems to fade up there. Crude is up slightly this morning but still below $72 a barrel.

All of the FAANGs lost ground yesterday after a nice rally earlier in the week. Another key Tech name, chipmaker Nvidia (NVDA), got taken to the cleaners with a 4.4% decline despite a major analyst price target increase to $900. NVDA has been on an incredible roll most of the year.

This week’s unexpectedly strong June inflation readings might be sending some investors into “flight for safety” mode, though no investment is ever truly “safe.” Fed Chairman Jerome Powell sounded dovish in his congressional testimony Wednesday and Thursday, but even Powell admitted he hadn’t expected to see inflation move this much above the Fed’s 2% target.

Keeping things in perspective, consider that the S&P 500 Index (SPX) did power back late Thursday to close well off its lows. That’s often a sign of people “buying the dip,” as the saying goes. Dip-buying has been a feature all year, and with bond yields so low and the money supply so huge, it’s hard to argue that cash on the sidelines won’t keep being injected if stocks decline.

Two popular stocks that data show have been popular with TD Ameritrade clients are Apple (AAPL) and Microsoft (MSFT), and both of them have regularly benefited from this “dip buying” trend. Neither lost much ground yesterday, so if they start to rise today, consider whether it reflects a broader move where investors come back in after weakness. However, one day is never a trend.

Reopening stocks (the ones tied closely to the economy’s reopening like airlines and restaurants) are doing a bit better in pre-market trading today after getting hit hard yesterday.

In other corporate news today, vaccine stocks climbed after Moderna (MRNA) was added to the S&P 500. BioNTech (BNTX), which is Pfizer’s (PFE) vaccine partner, is also higher. MRNA rose 7% in pre-market trading.

Strap In: Big Earnings Week Ahead

It could be interesting to hear from the airlines about how the global reopening is going. Delta (DAL) surprised with an earnings beat this week, but also expressed concerns about high fuel prices. While vaccine rollouts in the U.S. have helped open travel back up, other parts of the globe aren’t faring as well. And worries about the Delta variant of Covid don’t seem to be helping things.

Beyond the numbers that UAL and AAL report next week, the market may be looking for guidance from their executives about the state of global travel as a proxy for economic health. DAL said travel seems to be coming back faster than expected. Will other airlines see it the same way? Earnings are one way to possibly find out.

Even with the Delta variant of Covid gaining steam, there’s no doubt that at least in the U.S, the crowds are back for sporting events. For example, the baseball All-Star Game this week was packed. Big events like that could be good news for KO when it reports earnings. PepsiCo (PEP) already reported a nice quarter. We’ll see if KO can follow up, and whether its executives will say anything about rising producer prices nipping at the heels of consumer products companies.

Confidence Game: The 10-year Treasury yield sank below 1.3% for a while Thursday but popped back to that level by the end of the day. It’s now down sharply from highs earlier this week. Strength in fixed income—yields fall as Treasury prices climb—often suggests lack of confidence in economic growth.

Why are people apparently hesitant at this juncture? It could be as simple as a lack of catalysts with the market now at record highs. Yes, bank earnings were mostly strong, but Financial stocks were already one of the best sectors year-to-date, so good earnings might have become an excuse for some investors to take profit. Also, with earnings expectations so high in general, it takes a really big beat for a company to impress.

Covid Conundrum: Anyone watching the news lately probably sees numerous reports about how the Delta variant of Covid has taken off in the U.S. and case counts are up across almost every state. While the human toll of this virus surge is certainly nothing to dismiss, for the market it seems like a bit of an afterthought, at least so far. It could be because so many of the new cases are in less populated parts of the country, which can make it seem like a faraway issue for those of us in big cities. Or it could be because so many of us are vaccinated and feel like we have some protection.

But the other factor is numbers-related. When you hear reports on the news about Covid cases rising 50%, consider what that means. To use a baseball analogy, if a hitter raises his batting average from .050 to .100, he’s still not going to get into the lineup regularly because his average is just too low. Covid cases sank to incredibly light levels in June down near 11,000 a day, which means a 50% rise isn’t really too huge in terms of raw numbers and is less than 10% of the peaks from last winter. We’ll be keeping an eye on Covid, especially as overseas economies continue to be on lockdowns and variants could cause more problems even here. But at least for now, the market doesn’t seem too concerned.

Dull Roar: Most jobs that put you regularly on live television in front of millions of viewers require you to be entertaining. One exception to that rule is the position held by Fed Chairman Jerome Powell. It’s actually his job to be uninteresting, and he’s arguably very good at it. His testimony in front of the Senate Banking Committee on Thursday was another example, with the Fed chair staying collected even as senators from both sides of the aisle gave him their opinions on what the Fed should or shouldn’t do. The closely monitored 10-year Treasury yield stayed anchored near 1.33% as he spoke.

Even if Powell keeps up the dovishness, you can’t rule out Treasury yields perhaps starting to rise in coming months if inflation readings continue hot and investors start to lose faith in the Fed making the right call at the right time. Eventually people might start to demand higher premiums for taking on the risk of buying bonds. The Fed itself, however, could have something to say about that. It’s been sopping up so much of the paper lately that market demand doesn’t give you the same kind of impact it might have once had. That’s an argument for bond prices continuing to show firmness and yields to stay under pressure, as we’ve seen the last few months. Powell, for his part, showed no signs of being in a hurry yesterday to lift any of the stimulus.