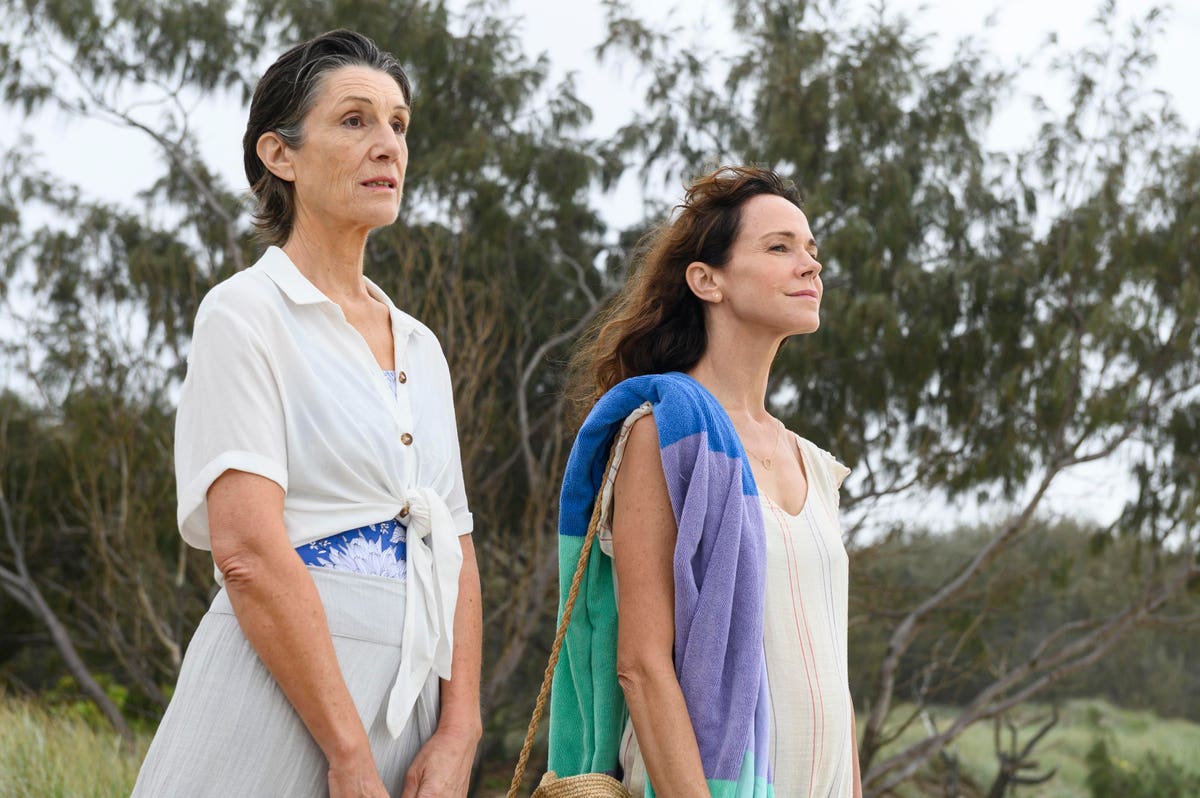 The underrepresentation of characters with mental health challenges and the propensity for tossing older adults in the mix as after thoughts or laugh track fodder has been called out in film and television. But Showtime’s The End is taking that on in a dark comedy that highlights the complicated dynamics of families, and the personal struggles and decision making that shape our lives, including the very end of the them.

The Australian-based series focuses on three generations grappling with the perplexing and heart-wrenching realities and challenges of dying with dignity. Sandwich generation’s Dr. Kate Brennan (O’Connor), a palliative care doctor with her own professional and personal dilemmas, finds herself steering her depressed, suicide survivor mother (Walter) toward a new senior lifestyle, while also attempting to help her children, including her teenage trans child, live their best lives.

Originally written by Strauss when she was 19 years old, The End was shelved for about 15 years as the young writer focused on her career.

“It was actually I think, literally the first thing I ever wrote just as a five-minute short film. And then I tried to write it as a feature film as a young writer, sort of in my early 20s and just couldn’t do it justice. I just didn’t have the craft, or the life experience. And so I put it in this bottom shelf for a while. And then I had a little bit of time in between jobs in between writing jobs. And I’d been always thinking about this one—it hadn’t left me. And so I dug it out and and sort of breathed new life into it,” said Strauss.

Based loosely upon events in her own life, Strauss found herself relating to cross-generational situations like her grandmother’s retirement community experiences that paralleled high school encounters. The similarities from subtle to glaring build the humor and humane basis of this dark comedy that touches on end of life decisions in a way that opens the door for post-show conversation.

“That’s the absolute goal of this series,” said Strauss who also found time and experience helped enhance her understanding of character perspectives.

Was Strauss baffled by the fact that a project she began pondering as a teenager landed such an all star cast?

“It absolutely baffled me. And being on set, no one for this show brought a shred of ego. No one. Everyone turned up to play. And, you know, we did incredibly difficult things to poor Harriet— throwing her out windows and throwing her into the Australian ocean. And Frances as well, she was, you know, incredibly brave,” said Strauss.

Casting and filming also showcased the wealth of acting talent of actors over the age of 70, something not typically seen in a series.

“Watching Noni’s generation, it was all these Australian actors that I’ve grown up with watching, but they’ve been acting together since the ’70s. And then having sort of a whole lot of people over 70 in a scene together and watching them work off each other. You know, that felt to me like a masterclass in performance. And you don’t often get to see a screen like that, you know, full of people who have been doing this for a really long time, and have gotten really good and really free in how they perform.”

The End beautifully illustrates that the pain of conflict, exclusion, depression, and loss, and the joy of being heard, accepted and loved have no age boundaries. Dreams don’t die as we age and problems only go away when we solve them. Let the conversations begin.

The End premieres on Sunday, July 18, 2021 on Showtime. Watch the trailer.