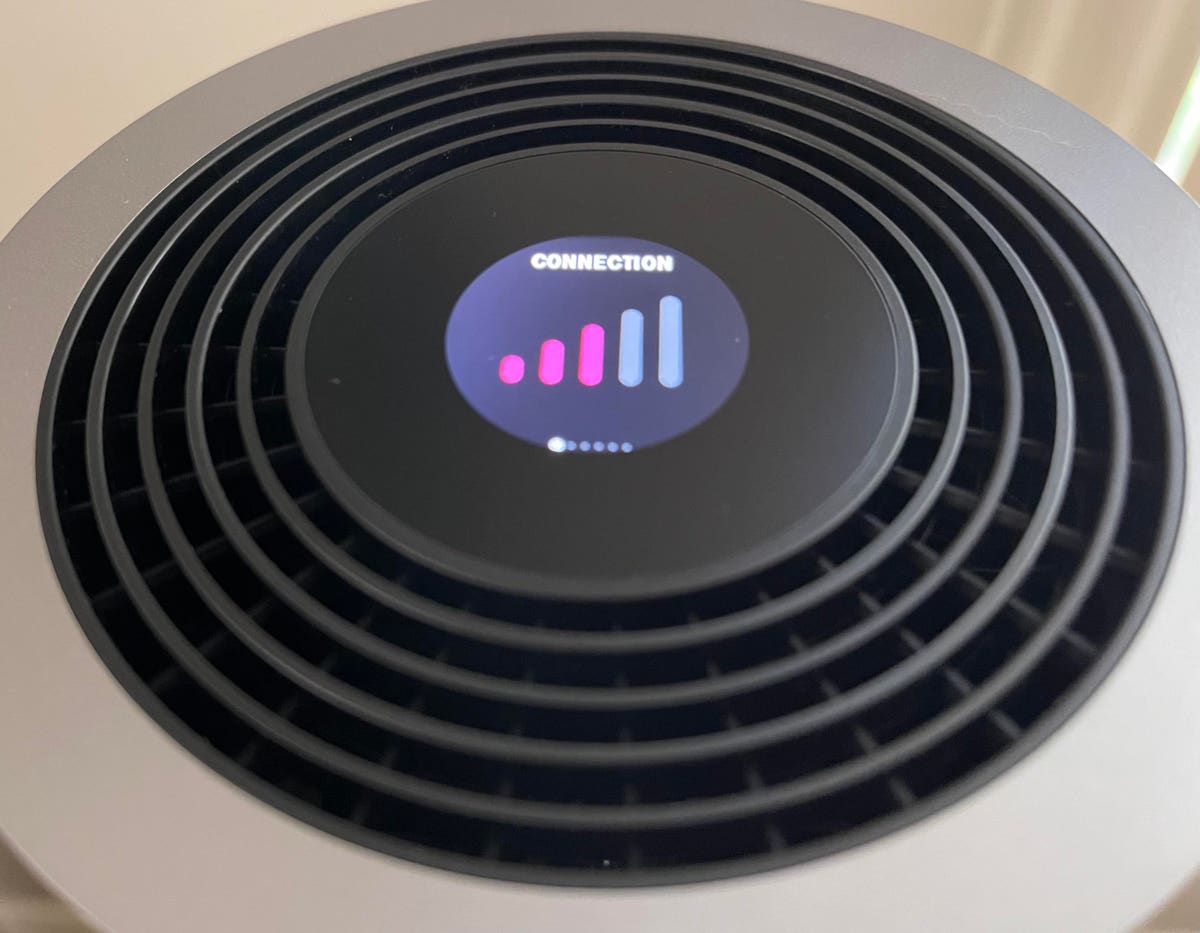 One of the bullet points coming from evangelists for 5G is that it can provide broadband service to millions of people who have no access, or give options to those who lack a choice of providers. While a lot of 5G claims are hype, a viable broadband alternative is proving to be real.

Two big telcos in the United States are selling 5G for home use. Verizonlaunched its service in late 2018, and earlier this year T-Mobile came to the table. Verizon’s service makes use of its superfast, millimeter wave frequencies, but the nature of that spectrum – it can’t travel far or penetrate buildings and even foliage – has limited its availability. T-Mobile, on the other hand, uses a combination of lower and mid-band frequencies that travel farther and are better at getting through walls and windows, though they’re not as speedy.

T-Mobile has been aggressively rolling out its 5G Home Internet service across the country, and it became available in my central Houston neighborhood about a month ago. I contacted T-Mobile for a trial, and I’ve been testing it for several weeks. It shows a lot of promise, but I had issues that make it clear the service still has a way to go.

T-Mobile has been selling a wireless home internet product for a while, though it used the carrier’s older LTE service and was limited to existing mobile customers. But when the company launched the 5G version, that restriction was lifted. The only limit now is whether there’s an adequate signal at your location and whether nearby towers have the bandwidth.

T-Mobile promises customers download speeds of at least 25 Mbps (the minimum designated by the FCC to be considered broadband), and that “some” customers may see speeds of 100 Mbps or better. In a page on its site titled “Open Internet”, the company says 5G customers are experiencing average downloads between 37 and 110 Mbps, and upload speeds between 8 and 24 Mbps. For the most part, I’m seeing better than that.

The carrier is charging $60 a month if you use autopay, $65 if not. The website is currently showing me a “limited-time offer” of $50 a month, for as long as you keep the service. You may or may not see the same offer at your location. Remarkably, T-Mobile’s site promises “No Price Hikes.” That’s a pretty bold claim; we’ll see if it sticks.

There are no additional fees, such as rental of the 5G gateway, and no contracts. And, there are also no data caps. Hoover as much data as you’d like.

T-Mobile 5G Home Internet uses a combination cellular receiver and Wi-Fi router. Made by Nokia, it’s an-8.5-inches tall grey cylinder with a small touchscreen on top. It supports Wi-Fi 6, or the 802.11ax protocol, and has two Gigabit Ethernet ports. There’s also a phone jack, presumably for a Voice Over IP phone service, but at the moment it’s inactive. There’s a USB-C port and a place to plug in a Universal Power Supply, though T-Mobile isn’t making one available for it at the moment.

The gateway has a built-in battery, but it’s not there to provide power if your lights go out. In fact, when you unplug the router or the power fails, the WiFi and Ethernet capabilities are disabled. Rather, the battery is there to let you move the device around the house untethered as you search for the location with the best 5G signal.

The T-Mobile gateway seems like a work in progress, lacking a lot of the advanced – but common – features found in modern routers and internet providers’ gateways. There’s no VPN, no detailed parental controls, no port forwarding, no DMZ and no designated guest network. You can, however, connect an external router and use it as your main portal to the gateway, giving you the capabilities you need. (You can also rename up to four different 2.4-GHz Wi-Fi SSIDs and eight 5-GHz ones, creating a de facto guest network.) A T-Mobile spokesperson says more features may be added in the future via software updates.

Setting up the gateway and its service is ridiculously easy. Plug in the gateway, download and launch the app and use it to scan a QR code on the bottom of the gateway. Taps the touchscreen atop the gateway as per instructions in the app and you’re up and running quickly. It helps that the app asks about your level of technical expertise, then caters the process to your abilities.

There’s one caveat, though. Due to the nature of cellular and particularly 5G signals, the signal to your home will vary greatly depending on where you are. Spend the time moving the gateway from room to room, hunting for the strongest signal. As with a smartphone, the touchscreen shows you signal strength using a series of bars.

The best spot in my house was atop a cat-scratching tower in the living room, with a window to the right and a windowed door leading outside to the left.

The best location for the T-Mobile 5G Home Internet gateway is typically near a window. DWIGHT SILVERMAN

At that location, I got between 2-3 bars. For those used to LTE service on a phone, that measure would be disappointing. But not for 5G.

I’m one of those internet users who really doesn’t have much choice for providers – at least, if I want decent speeds. In our condo complex, we have both Comcast and AT&T. But the building dates back to the early 1990s, and AT&T’s wiring is old. At best, it can provide 50 Mbps downloads. Fiber is not available here. So, if I want faster speeds – and I do! – I’m stuck with Comcast.

I’m currently paying a promotional rate for Comcast’s 1.2-gigabit service, about $70 a month plus taxes and fees. I own my own router and modem, both capable of handling gigabit speeds. The best I do is about 700 Mbps down and 40 Mbps up. When the promotional period ends in less than a year, I’ll be paying more, so I’m interested in the option T-Mobile offers.

So what kind of speeds am I getting? On average, I see between 140-200 Mbps down. I have gotten speeds as fast as 320 Mbps down, which is astonishing with only three bars of signal. I also have seen speeds as low as 35 Mbps, but that’s rare as the 320. Uploads generally are between 10-35 Mbps.

Speeds are best late at night and early in the morning. 5G Home Internet users share tower bandwidth with mobile customers in the area, who get priority on the network. I’m half a block from a busy thoroughfare, and at peak traffic times, I see the slower speeds. T-Mobile is clear that home internet customers will see slowdowns when towers get congested.

I’m able to stream 4K content just fine, even when speeds are slower. (Hulu users be warned: The service doesn’t work with that streaming platform, but the companies are talking about a fix.)

However, T-Mobile’s service might not be great for online gamers. Latency isn’t as good as on a wired connection, with pings running in the 30-50-millisecond range, which can cause delays and stuttering. In comparison, pings run 11-14 ms on Comcast.

For the most part, T-Mobile’s offering is impressive – at least, when it’s working.

I’ve had an issue in which the service dies for about a minute or two at a time, a couple of times a day. It comes back strong, but if it happens when I’m streaming a movie or trying to download software, it’s annoying.

I’ve been working with T-Mobile on the problem, and initially they blamed a malfunction at the tower that serves my gateway. That later turned out to not be the cause, and they shipped me a new gateway. After a promising 24 hours without problems, I started seeing drops again.

I’ve learned a lot about how T-Mobile’s 5G works from this experience, talking to engineers and a representative from T-Mobile’s executive team who is refreshingly transparent about what’s going on. For example, my gateway is locking in on a tower that’s a good distance away, while there’s one that’s actually closer. But because I don’t have a clear view of the sky outside my window – there’s a four-story building across the street – that nearby tower may as well not be there.

As of this writing, it’s still not fixed; the cause of the problem is a mystery. But it’s a reminder that T-Mobile 5G Home Internet is cellular service, and anyone who’s owned a smartphone for any length of time knows that flakiness happens. Having cell service in a fixed location takes away some variables, but as my adventure indicates, wireless will be wireless.

Because of this, I can’t give a full recommendation for the service, but it’s definitely a case of your-mileage-may-vary. You may not have the same issues I did. Or you may have others.

If you’re interested and T-Mobile’s availability tool indicates you can get it where you are, take advantage of the fact that there is no contract – try it for a month while also keeping your current provider. Or, if you have a 5G smartphone that has an eSim feature that lets you have more than one carrier’s account on your device, sign up for T-Mobile’s eSim Test Drive. Either way, you’ll get a feel for the 5G capabilities at your location without making a long-term commitment.

Have questions about T-Mobile’s service? Ask me!