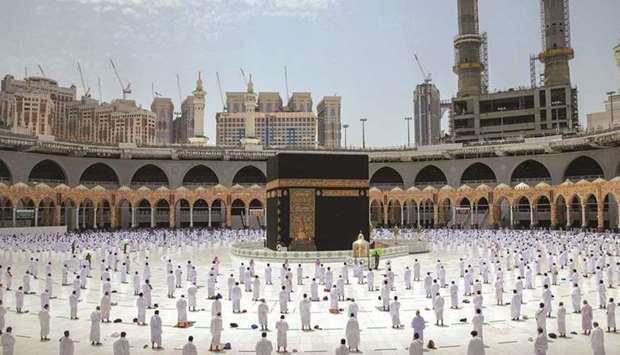 Haj Fataawa
Supplicating for parents in the salaah and passing the reward of reading the Qur’an or doing the tawaaf to them
Question: They say that supplicating for the parents in the obligatory prayers is not permissible and nor is passing over to them the reward for completing the Qur’an or the tawaaf.
Response: There is no harm in supplicating in the prayer either for oneself of for one’s parents (or other than them), rather this is legislated. The Prophet (sallallaahu ‘alaihi wa sallam) said:“The closest a servant is to his Lord is when he is in sujood, so increase in making the supplication (in it)” – narrated by Muslim.
And he (sallallaahu ‘alaihi wa sallam) said:“As for the rukoo’, then magnify the Lord (in it), and as for the sujood then strive in making the supplication (in it), for it is worthy of being responded to” – also narrated by Muslim.
And in the two Saheehs (of Imaam al-Bukhari and Imaam Muslim), on the authority of Ibn Mas’ood (radhiallahu ‘anhu), that when the Prophet (sallallaahu ‘alaihi wa sallam) taught him the tashahhud, he said:
“…then choose a supplication which pleases you and supplicate (with it).”
And in another narration:
“…then choose from that which you desire.”
What is implied here is before the tasleem, so if he supplicates in the sujood or at the end of the prayer, for himself, his parents or the Muslims, there is no harm (in this) for what is mentioned of the generalness of these ahadith and other than them. As for passing the reward for reciting (the Qur’an) or making tawaaf for one’s parents or other than them from the Muslims, then this is an issue where there is a difference of opinion amongst the scholars. That which is better, is to leave this since no evidence exists for its permissibility. Acts of worship are permanently stipulated, so nothing is to be practised unless legislated by the Shari’ah, for the Prophet (sallallaahu ‘alaihi wa sallam) said:
“Anyone who introduces something into this matter of ours (i.e. Islam), that which is not from it, will have it rejected” – this (narration) is agreed upon (by both Imaam al-Bukhari and Imaam Muslim).
And in another narration:
“Anyone who does an act which is not in agreement with us, then he will have it rejected” – narrated by Muslim.
Entering al-Masjid al-Haraam through a particular door, and the supplication upon seeing the Ka’aba
Question: What are the mistakes some pilgrims commit when entering al-Masjid al-Haraam?
Response: From amongst the mistakes that some pilgrims fall into when entering al-Masjid al-Haraam are:
First: That some people think it is imperative, for making Haj or ‘Umrah, to enter through a particular door of al-Masjid al-Haraam. So, for example, some people see that it is necessary for one making ‘Umrah to enter via the door which is called the“Umrah Door” (Baab al-’Umrah) or that this is something that must be done and that it is legislated. Others see that it is imperative to enter via the“Door of Peace” (Baab as-Salaam) and that entering through any other door is a sin or disliked – and there is no evidence for this. So, it is upon the one making Haj or ‘Umrah to enter via any door they wish, and when doing so, extending the right foot first (upon entry) and saying that which is mentioned for entering all masjids. So, he sends his salutations upon the Prophet (sallallaahu ‘alaihi wa sallam) and says:
“O Allah! Forgive me my sins and open Your Doors of Mercy to me.”
Secondly: Some people innovate certain supplications when entering the al-Masjid al-Haraam and upon seeing the House (Ka’aba). They innovate supplications which have not been mentioned by the Prophet (sallallaahu ‘alaihi wa sallam) and they supplicate to Allah with them. This is an innovation. So the act of worship, for the Sake of Allah, by speech, action or belief which the Prophet (sallallaahu ‘alaihi wa sallam) or his companions were not upon, is an innovation and an evil, that which the Messenger of Allah has warned against.
Regarding kissing the Yemeni corner
Question: Is it permissible to kiss the Yemeni corner (of the Ka’aba)?
Response: Kissing the Yemeni corner (ar-Rukn al-Yamaanee) is not confirmed from the Messenger of Allah (sallallaahu ‘alaihi wa sallam). Any act of worship which is not confirmed from the Messenger of Allah (sallallaahu ‘alaihi wa sallam) is an innovation and not something which draws one near to Allah. So based upon this, it is not legislated for a person to kiss the Yemeni corner since this is not confirmed upon the Prophet (sallallaahu ‘alaihi wa sallam). Rather, it has been mentioned in a weak hadith that cannot be used as proof.
Regarding making the talbiyyah as a group in chorus
Question: What is the ruling regarding making the talbiyyah as a group in chorus?
Response: Some of the pilgrims make the talbiyyah as a group in chorus, so one of them is either at the front, middle or behind and makes the talbiyyah whilst all of them follow him in chorus. This has not been mentioned on the authority of (any of) the companions. Rather, Anas Ibn Maalik (radhiallaahu ‘anhu) said:
“We were with the Prophet (sallallaahu ‘alaihi wa sallam) (on the Hajj al-Wadaa’ (farewell pilgrimage)) and from amongst us were those who recited“Allaahu Akbar” and those who recited“Laa ilaaha ill-Allaah” and those who recited the talbiyyah.”
This is (what has been) legislated for the Muslims, whereby each one then makes talbiyyah on his own without joining together with others.
[Answers by Shaykh Ibn Baaz and Shaykh Ibn ‘Uthaimeen]