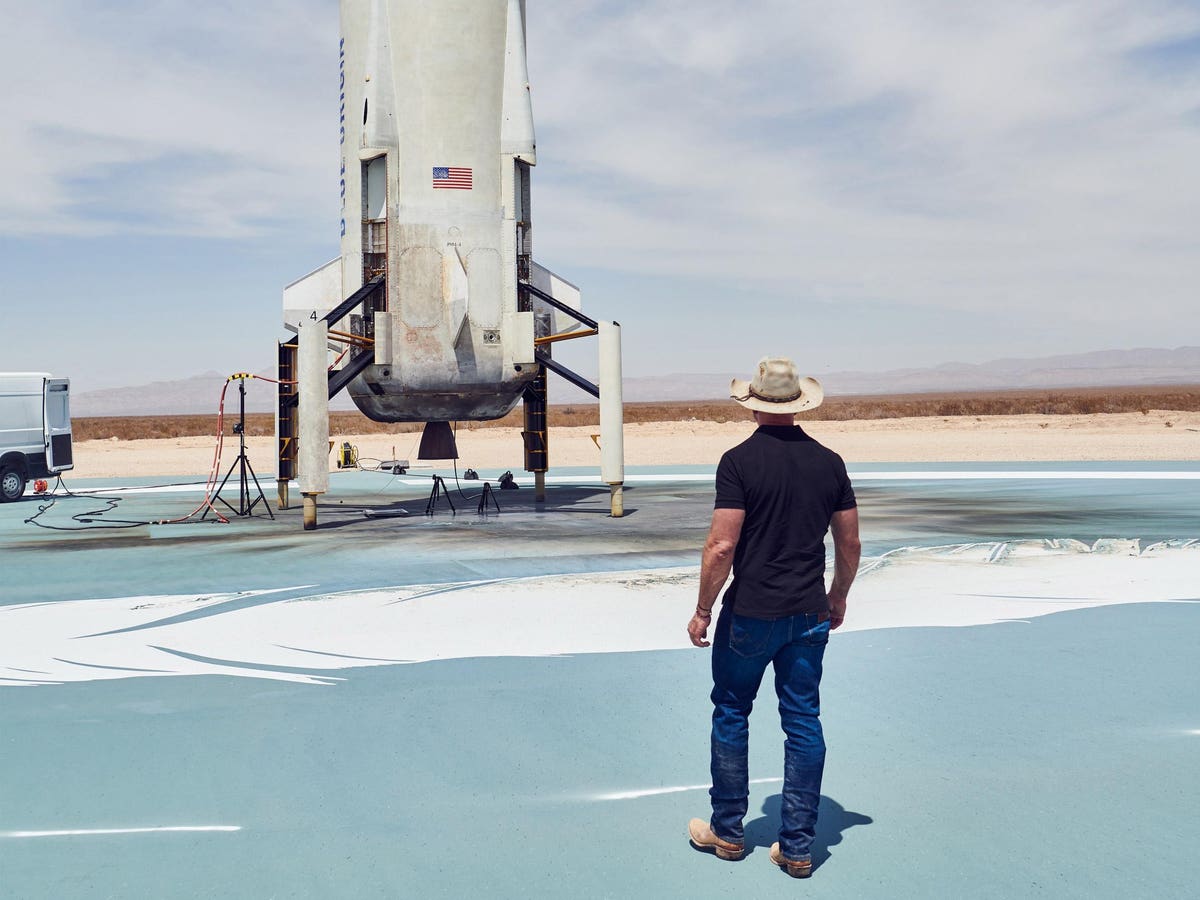 On Sunday, spaceflight company Blue Origin announced that everything looks set and ready to go for its first human spaceflight, which will launch Jeff Bezos and three others over 100 kilometers above the Earth’s surface before their safe return. The total flight time will be about 12 minutes.

“The vehicles are ready to fly,” chief engineer Chris Jaeger said at a pre-launch media briefing, adding that both the rocket and the capsule that will carry the astronauts have checked out after their last test flight. “There are no engineering or technical issues.”

The flight, currently scheduled for Tuesday, July 20, will come less than two weeks after competitor company Virgin Galactic successfully launched a crew of four people into suborbital space, kicking off a new era of space tourism as the two companies offer flights into suborbital space while Elon Musk’s SpaceX is set to offer an orbital tourist flight to billionaire Jared Isaacson and three others later this year.

A key distinction between Blue Origin’s and Virgin Galactic’s first flight is that while Virgin flew founder Richard Branson and three employees, Blue Origin’s first flight will include not only the company’s founder but also its first paying customer, Oliver Daemen. The price of Daemen’s ticket was not released, but Ariane Cornell, who manages sales for Blue Origin, said at the briefing that more tourist flights are already being booked, starting with the competitive and active bidders in an auction for the first flight.

“From a sales perspective, we are particularly excited because we’re flying our first paying customer on New Shepard,” she said.

Also on the flight are Bezos’ brother, Mark, and aviation pioneer Wally Funk. Funk was part of the legendary “Mercury 13” – a group of women who, under private auspices, went through much of the same astronaut testing and training as the the astronauts of the Mercury 7, but who never went to space because President Eisenhower and others had decided to not include women among NASA’s first missions. At age 82, Funk will be the oldest person who has traveled to space.

The New Shepard rocket and its capsule, the RSS First Step, are intended to be reused. Both rocket and capsule have successfully flown and landed twice before this mission, the company says, and there have been 15 successful New Shepard flights prior to this point. While none have flown passengers before, several flights included research payloads on behalf of nine different paying customers. The company emphasized Sunday that suborbital scientific research will continue to be a key revenue stream for New Shepard launches and will have a dedicated system for that purpose.

The crew on board will have spent the previous 48 hours doing training for the mission, which the company says is “going well.” It’s two full eight hour days of training that several of its employees have already completed, and will be required for all the customers who purchase tickets.

Flying its first human crew marks a major milestone for the company, which was founded in 2000 by Amazon founder Jeff Bezos. Unlike many of its competitors, Blue Origin has been funded solely by Bezos himself, who has poured an estimated $7.5 billion of his own wealth into the endeavor. It wasn’t until recently that it began taking in revenues from government contracts in suborbital research as well as contracts for the use of its future spaceflight systems, including its New Glenn spacecraft, which will be capable of putting astronauts in orbit, and its Blue Moon lunar lander.

For CEO Bob Smith, who took the reins of the company in 2017, this milestone helps validate the company’s approach to space, developing systems in a way that lessons and technology can be applied to future missions.

“New Shepard is the first step in creating more than a vehicle,” he said, explaining that the technology in this spacecraft was designed to be scaled and applied to its future orbital and lunar systems. “This is the first operational and commercial flight of New Shepard. We followed a methodical, step-by-step approach to get this to this point in time, we’re ready and we can’t wait until Tuesday.”

Rate this post
How Many WordPress Plugins Are Too Many?