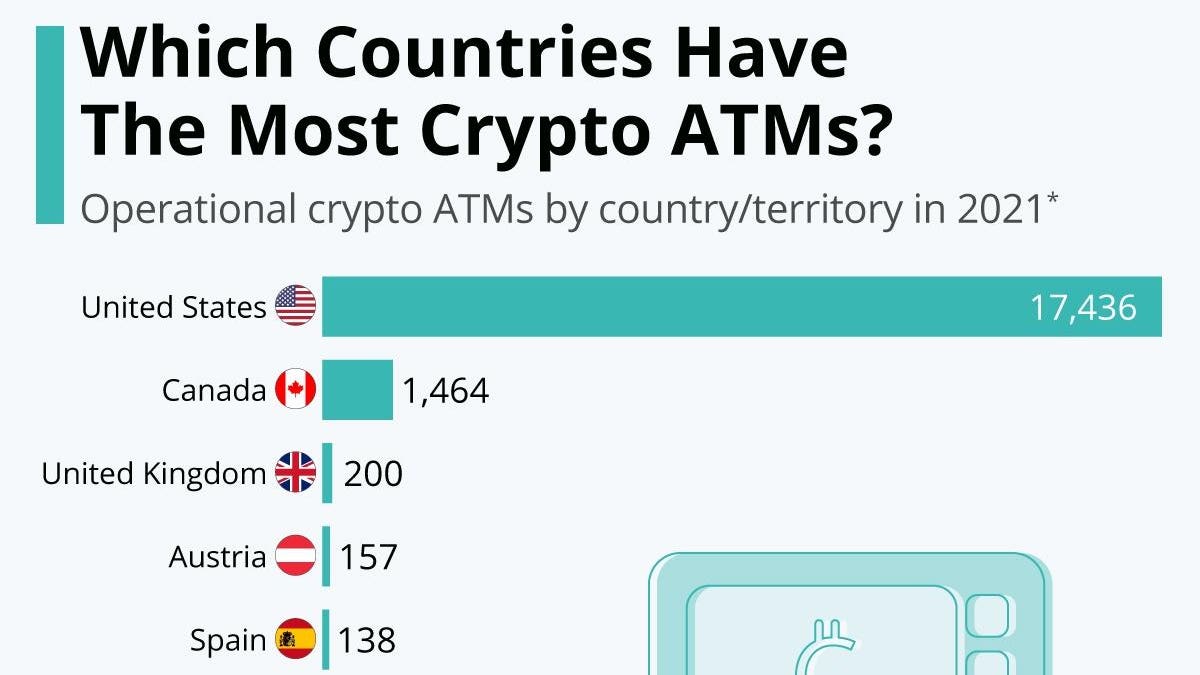 According to research recently published by crypto education platform Crypto Head, the United States is the world’s most “crypto-ready” country. The analysis looked at a variety of factors impacting cryptocurrencies in different countries such as public interest, the government’s legal stance on the ownership of digital currency, as well as accessibility, particularly the prevalence of crypto ATMs. Surprisingly, a crypto ATM is actually a real physical device that allows people to purchase Bitcoin, Dogecoin and other crypto currencies with cash or their debit or credit cards. Some models are bi-directional and also allow the sale of digital currencies for cash.

With 7.3 out of 10, the U.S. emerged on top of Crypto Head’s ranking, mainly due to its abundance of crypto ATMs compared to other countries. As of 2021, the U.S. has an impressive 17,436 crypto ATMs in service, though that figure has nothing on the number of conventional ATMs scattered across the country which amounted to approximately 470,000 in 2018. Still, the machines’ presence is growing steadily as companies such as Coin Cloud continue to expand their operations nationally. North of the U.S. border, Canada was the first country to approve regulation of cryptocurrencies in 2014 and it comes a distant second in the crypto ATM league with 1,464. The United Kingdom is in third position with 200 machines.

The downside of crypto ATMs is that they are being increasingly used for money-laundering. This became clearer during the pandemic when Covid-19 shut down cross border shipments between the U.S. and Mexico, prompting criminals to embrace digital currencies to shift large quantities of cash across the border without the need for physical transportation. No statistics have been published regarding these crimes but authorities are taking them seriously. In Vancouver, which saw the first ever crypto ATM, there have been discussions about banning the machines as a result of money laundering concerns.