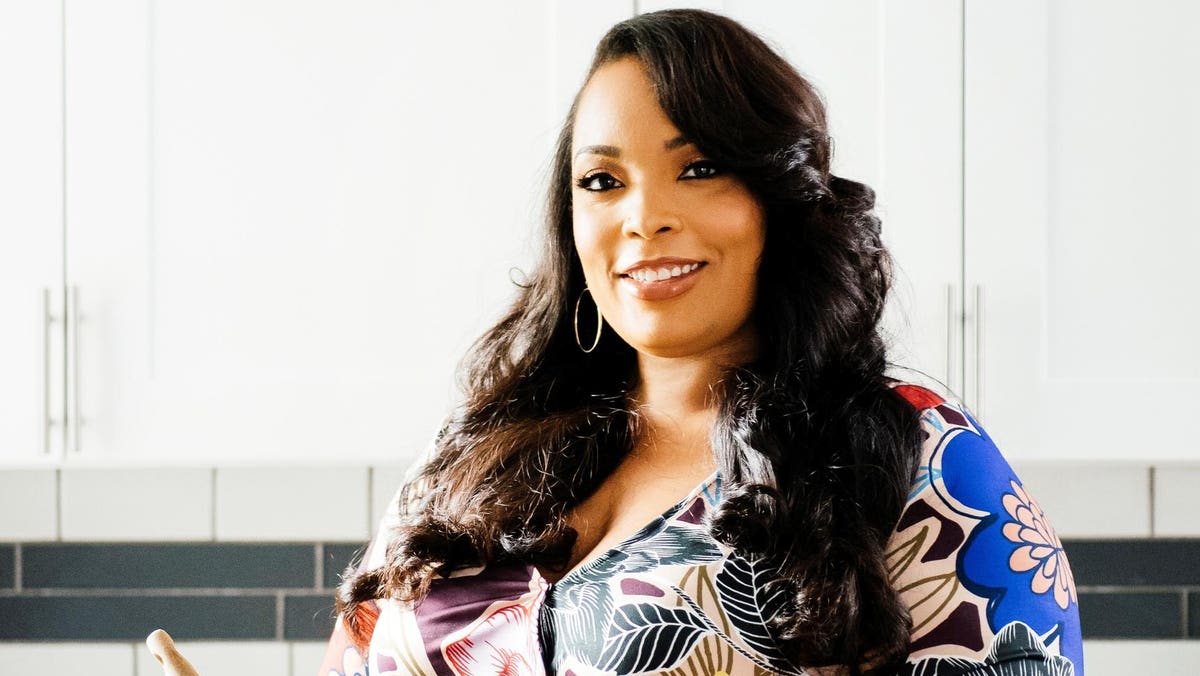 They didn’t appear to work.

“This was back in 2014. I started seeing some of his videos circulating, and I was not a fan of the cooking techniques, I’ll be honest. So I had a [Twitter] conversation with one of my friends, who is an actual pastry chef, critiquing some of the things that we saw in the videos.”

She assumed nothing would come of her random Tweets, but by the time she woke up the next morning, “He took a screenshot of the conversation from Twitter and posted it to his Instagram with a caption alluding to me not supporting other Black chefs.”

Suddenly, she found herself experiencing every online creator’s nightmare.

He sicced his followers on her. They proceeded to harass her and her friend for the better part of that week. To end it, she blocked him on all platforms, hoping to never hear his name again.

Over the past several weeks, using the hashtag #dariuscrooks, Davis has posted to social media nearly every day with allegations against Williams. She has signal-boosted many others (notably The Food Network’s Sunny Anderson), accusing him of operating an illegal credit repair business, bullying Black women, mistreating employees, stealing recipes from other creators, doxxing people and scamming investors. Many of her posts include links to health code violations at his Soul Crab restaurants, details of lawsuits against Williams, and complaints to the Better Business Bureau, among other things.

Davis has built a sizable following since she began blogging as a passion project in 2012. She’s worked in food full time since 2014, and her work has been featured in The Washington Post, Shondaland, The Kitchn, and many other mainstream outlets. But despite a lack of similar endorsement, Williams’ audience is far larger, totaling about 3 million people across Facebook, YouTube, and Instagram.

As a result of his influence, Davis had heard rumors about Williams’ shady behavior for years despite her efforts to ignore him. They have intersecting audiences, “But not being a fan of the food, I tuned a lot of that out. I didn’t engage with him.” That all changed on June 8th, when he made a lasagna video so ridiculous that it pushed her over the edge, “Somebody linked it to me, and my comment was, ‘This is beyond my help.’ That was more than I’ve said in recent years.”

She was unsurprised when he immediately “went on live and made fun of of me. Saying that I was broke, I’m not a millionaire like him. He said that my countertops are Formica, they’re not—not that it matters. He said something about how the only thing I cook with is duck fat. It was just really petty.” Since then, he’s insulted her repeatedly, even making a YouTube video bragging about having made money from the controversy.

Since her comments on that first video, Davis has refused to stay silent on Willams’ laundry list of abuses. She initially began posting about the incomplete and occasionally plagiarized recipes in his cookbooks, and “people started messaging me like, ‘Hey I had a run-in with him.”… It was a confirmation that there were a lot of skeletons in the closet and people had just been intimidated or had given up on speaking out. I felt a responsibility, having the platform that I do.”

Davis began her culinary career because she was disillusioned with her life as an accountant at a construction company, so she’s especially disgusted that even in an industry she loves, “Women like me are an afterthought to get ahead and to do things with integrity. And then you have characters like this who haven’t even taken the time to learn proper techniques. It’s sloppy, careless work. He’s misleading an entire audience. So the food alone is really shocking.”

She went on to point out that she’s delved into the history of his blog, cookbooks, and recipe videos and has come to the conclusion that Williams fabricated many of the emotional stories he tells to keep up engagement. That, along with the credit repair scam, the restaurants that weren’t up to code, and the veritable rabbit-hole of other allegations, “reminds me of a Trump situation. There’s lies on top of lies. The fact that he’s hiding in plain sight isn’t as bad as what isn’t being said.”

Despite the staggering number of allegations leveled against him and the zeal with which Davis has been posting, she wants people to know that: “This is not a personal vendetta. I have had a run-in with him, and what he’s doing to me is abusive. But my reason for speaking out is for all of the other people who he ripped off who don’t have a voice. I’m going to continue sounding the alarm about abuse in an industry that I have to work in.”

She started working in food because she was craving autonomy and creativity and has risked a lot in that pursuit. Davis is a single mother, and, “When I started my blog, I lost my job shortly after that, and I was on food stamps for the first couple years when I was selling my first few cookbooks. I really built this from nothing.”

Davis went on to say that she’s encountered all the same barriers she saw as an accountant since she got involved in the food world and that she knows she’s been paid less for branded content than white bloggers with similar audiences.

I asked her if that makes Williams’ actions all the more infuriating, and she said, “This is all self-created. It’s his own little bubble. I think that’s why he’s gotten away with it. No one has dug into his background. No one has challenged his claims about being a millionaire.”

But Angela Davis refuses to shut up until they do.